and here's what i had to say two weeks ago about summer beers: 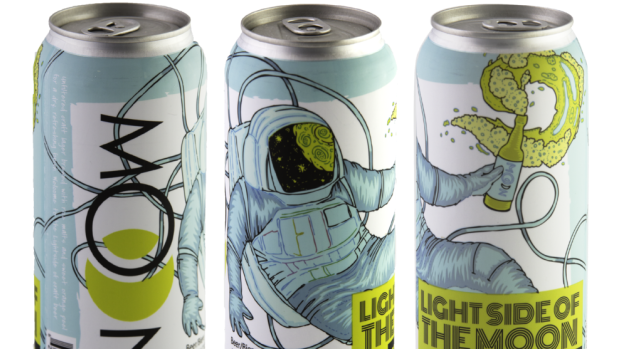 It seems brewers are pushing out the summer crop of beers a little early this year.

On the Coast beer columnist Rebecca Whyman. (CBC)
On the Coast's beer columnist Rebecca Whyman gives her top picks for the upcoming season.
Moon Under Water Brewery - Light Side of the Moon 4.2%
A nice light lager that's perfect for patio sipping. Made with rice malt and orange peel, it's dry and refreshing.
Four Winds Brewing Co. -  Sovereign Saison  8.5%
A dry-hopped sour saison with elderflower notes. These tend to be much higher alcohol beers and are best shared with friends.
Brasserie Dieu du Ciel - Disco Soleil 6.5%
This Montreal brewery has exported their beer to Vancouver. It is a citrus IPA made with kumquats.
Parallel 49 -  Sour White Ale 7%
This ale is aged for a year in chardonnay barrels giving it a lot of plum, pear and apple notes on top of acidity that will cut through barbecued foods really nicely.
Fernie Brewing -  Slingshot Session Ale 4.5%
A full-bodied IPA with those delicious mosaic hops.
beer cbc radio craft brewed dieu du ciel fernie brewing four winds brewing moon under water brewpub on the coast parallel 49 brewery saison session beer sour summer ale