Showing posts from January, 2017
Show all

NEWS RELEASE:  ‘My Beloved’ Spirit To Be Set Free in East Van this Valentine’s Day  Odd Society Spirits Set to Release Amaro on February 10, 2017 Vancouver B.C., January 31, 2017 — There is a whole lot of love brewing in East Van this Valentine’s Day with the release of Odd Society Spirits’ first amaro, Mia Amata, on February 10, 2017. Known for creating award-winning European liqueurs, distiller Gordon Glanz produced this Italian digestif with his daughter Mia Glanz. Along with being a nod to her name, Mia Amata translates to “my beloved” in Italian. “My first-born Mia [Glanz] is the creator of our beloved amaro,” said Gordon Glanz, Odd Society Spirits founder and distiller. “I acted as a resource to her during this three-year passion project but it really is her baby.” Before opening in 2013, Gordon had amaro on his mind. At the time, Mia was studying ethnobotany at the University of British Columbia. She discovered that many indigenous cultures living in the
Post a Comment
Read more 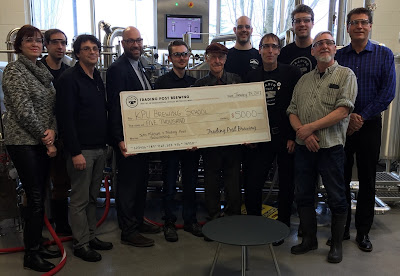 Trading Post Brewing  is committing $5000 over the next five years to the  Kwantlen Polytechnic University's Brewing Lab  for the next generation of craft brewers.  The scholarship is named after John Mitchell, who is known as the grandfather of the craft beer movement in Canada. He opened Canada's first modern day craft brewery, Horseshoe Bay Brewing, in 1982.  The scholarship may increase over the next five years. Trading Post will be hosting the  first annual Fort Langley Beer and Food Festival  this coming May 20 and have dedicated a portion of the proceeds from this festival for years to come to support this scholarship.
Post a Comment
Read more 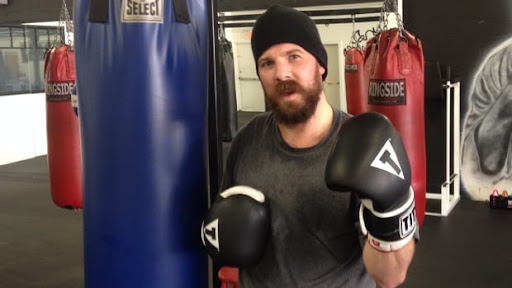 i guess i gotta stick with the training, now... NEW Stout competition: B.C.  brewers to box each other for charity Plus, check out Rebecca Whyman's beer picks for this week CBC News   Posted: Jan 17, 2017 4:19 PM PT  Last Updated: Jan 17, 2017 4:20 PM PT Ian Kampman of Brassneck Brewery was a contender at the 2016 edition of Beer Wars. This year, On The Coast beer columnist Rebecca Whyman will enter the ring. (Jeremy Allingham/CBC) 2 shares Facebook Twitter Reddit Google Share Email Related Stories OTC Beer and Wine Milkshake beer could be among 2017's craft brewing trends Craft brewery boxers take a swing at bulging beer guts People in B.C.'s craft beer industry are ready for another round — in this case, another round in the boxing ring. The second annual B.C. Beer Wars will see people in Vancouver and Victoria's craft beer scenes box each other to benef
Post a Comment
Read more 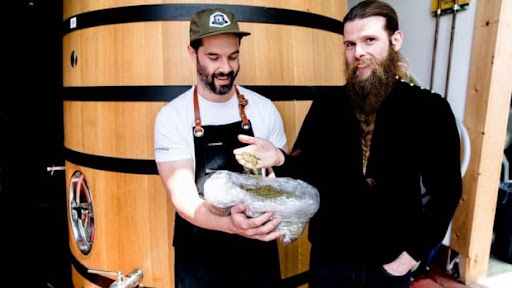 my latest beer column extract on the cbc website Milkshake beer could be among 2017's craft brewing trends Beer columnist gives us her thoughts on what will be popular in B.C.'s  craft beer scene CBC News   Posted: Jan 04, 2017 5:30 PM PT  Last Updated: Jan 04, 2017 5:30 PM PT Four Winds' Blodberg beer was one of Rebecca Whyman's beer picks this week (Four Winds Brewing Co./Facebook) 71 shares Facebook Twitter Reddit Google Share Email Related Stories OTC Beer and Wine Serving beer at Christmas dinner? Here are some tips Warm the cockles of your heart with these cozy winter beers Everyone wants to know what the future holds, and  On The Coast   beer columnist Rebecca Whyman says the future of craft beer in B.C. — at least for 2017 — is the New England India Pale Ale. Also known as the Northeast-style IPA, New England IPAs are less bitter than a Northwest
Post a Comment
Read more

- January 03, 2017
little bit late (it ain't monday, but it is my first day back at the office, so it feels like one) anti-trump beer  will knock you on your ass another guide to drinking in vancouver parallel 49 revamping the tasting room - into a full-service restaurant with a patio!
Post a Comment
Read more
More posts