Showing posts from 2017
Show all

- August 30, 2017
Beau’s award-winning Oktoberfest lager to be available across Canada A fall classic, Märzen suits the season perfectly, with satisfying bread and biscuit malt character and an ultra-clean lager finish (VANKLEEK HILL – Aug. 29, 2017) FOR IMMEDIATE RELEASE – Many fans across Canada of Beau’s Brewing Co.’s certified organic beer will get their first taste this fall of a popular seasonal brew that Ontarians have been enjoying for nearly a decade. Part of Beau’s ongoing Farm Table Series, Märzen is an orangey-amber 5.5% Oktoberfest lager. Since the recipe was first brewed in 2009, it has been recognized three times with awards at the National Organic Craft Beer Competition, in the lager/amber lager category. A fall classic, Märzen suits the season perfectly. Munich malts contribute a satisfying bread and biscuit character, and German perle hops lend balancing bitterness; a super-clean lager finish completes the package. The Farm Table Series are sessionable beers inspired by traditi
Post a Comment
Read more

- August 28, 2017
Blended spices, berries & blackstrap molasses: an adventurous Beau’s Mix pack coming soon The Beau’s Mix (Fall Edition) offers a taste of three brand-new Beau’s beers, as well as the award-winning Lug Tread Lagered Ale (VANKLEEK HILL – Aug. 24, 2017) FOR IMMEDIATE RELEASE – Beau’s Brewing Co. will be releasing the Fall Edition of The Beau’s Mix on August 31. The boxed sampler of four 600 ml bottles includes Beau’s flagship, the 20+ award-winning Lug Tread Lagered Ale, as well as three never-before-released beers from the Eastern Ontario craft brewery. Blended spices, berries, and blackstrap molasses are among the more adventurous ingredients featured in the brand-new beers that are part of The Beau’s Mix this fall. Cranberry Derby is a pale ale that features a classic combination of flavours: cranberry and oats. Organic Canadian cranberries and organic cranberry juice lend a reddish hue, and the aroma is of biscuits, cereal and fruit – but with lively hops and at 6.3 % ABV
Post a Comment
Read more 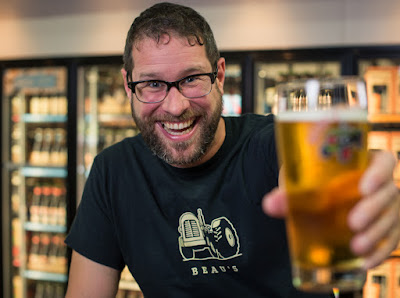 Beau's Brewing Co. is located in Ontario.  I'm in BC.  So while I'd love to say that I got to sit down at the brewery with the lovely Beau's folks for this interview, I did not.  We went the new-fangled cyberspace way and conducted it over email. But!  But, I will get a chance to talk to Jennifer Beauchesne and brewer Brian O'Donnell in a few short weeks when they travel all the way across the country to attend the Great Canadian Beer Festival - and all I have to do is hop a ferry over to Victoria! (Full disclosure here:  the lovely Beau's folks sent me some beer samples, I get a media pass to attend GCBF because, well, I am a beer blogger you know, and I contributed to the Rwanda kickstarter.  Now you know.) I'm sure everyone's heard of Beau's, even way out on the Left Coast, but just in case you're hazy on the details:  Beau's is an organic brewery, established by the Beauchesne family in 2006 in Vankleek Hill Ontario (which i
Post a Comment
Read more 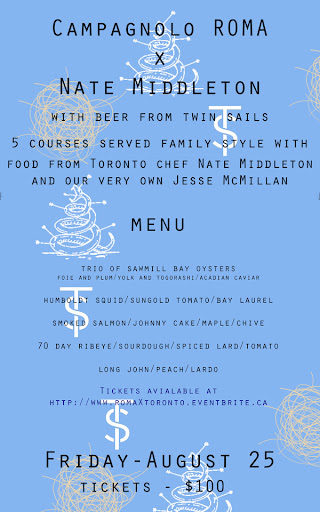 BREW NEWS. Brunch Before Beer, You're in the Clear The only thing that could make your #WVBF2017 weekend better is kicking it off with a little brunch action before the main event. Because nom. Saturday , check out the Brickworks Brewers Brunch with 3 delicious courses and beer for only $35 (+tax and grat)! Space is limited and this one sold out last year, get your tickets here . And new this year for Sunday , checkout the Stonese
Post a Comment
Read more
More posts