Get the raw story on raw ale,
the newest trend in craft
brewing

Plus, check out Rebecca Whyman's picks for great summer beers 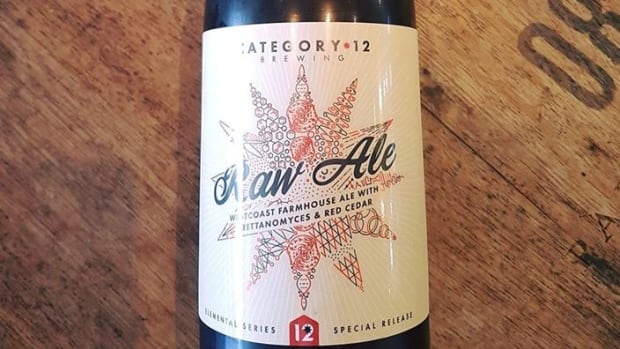 The newest trend in B.C. craft beer is old school — very old school.
Raw ale is a type of beer made when the wort — the sugary liquid extracted from malted grains — is not boiled.
"Most traditional farmhouse ales are raw and probably prehistoric beer was all raw ale," On The Coast beer columnist Rebecca Whyman told host Gloria Macarenko. "There is no one style of beer that is raw. It is the non-boiling brewing method that makes it raw, rather than a beer style."
Whyman says Category 12 has made a limited edition West Coast farmhouse ale using the raw ale method.
It is a Scandinavian-inspired farmhouse ale with West Coast red cedar and is crisp, light and complex.
"The flavours we can attribute to the Brettanomyces yeast are the funkiness, a bit of tartness, along with some spice, fruit and acetic acid," Whyman said. "The fruitiness ranges from tropical pineapple to peach, depending on the strain of yeast."
Whyman's other picks for beer this week are great for summer drinking.
Hoyne Brewing's Carte Blanche White IPA
"This is a well-balanced, hazy, white IPA with tropical fruit flavours and aromas. Wheat, melon, passion fruit and grapefruit flavours mellow into a slightly bitter finish. This is the first in a series of limited release beers where brewmaster Sean Hoyne passes the torch to the younger brewers to brew the beers they want to see in the world. Six per cent alcohol, available in 650ml bottles at specialty liquor stores."
Doan's Craft Brewing Lucinda Cassis Kolsch
"Part of their Fun Times series, this is a collaboration with Odd Society Distilling. It is a blend of Doan's kolsch beer and Odd Society's cassis. Very light, and berry-y! The fruit, hint of wine and tartness from the cassis balance and play with the malt character of the kolsch. Five per cent, available on tap at Doan's and Odd Society and in 650 ml bottles.
Off the Rail Passion fruit Hefeweisen
"Available on tap at the tasting room, this is a hefeweisen for people who don't normally like Hefeweisen. It begins its life as a traditional Hefeweisen, with Bavarian wheat and hints of clove and banana. Then it is infused with passion fruit. Crisp and hazy, it's a perfect summer sipper. 4.7 per cent, available on tap at the tasting room."
With files from CBC Radio One's On The Coast
beer beer column brettanomyces category 12 cbc website craft brewed doan's craft brewing gloria macarenko hoyne odd society off the rail on the coast raw ale