and craft brewers gets uglier 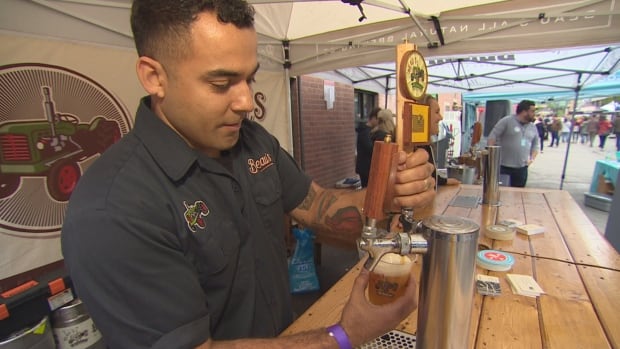 Small, independent brewers say big beer companies are stepping up a campaign to buy craft breweries and are employing other tactics that make it difficult for beer drinkers to tell if the suds they're quaffing are actually local.
But others say it's just good business and if the recipe and taste don't change, what difference does it make who owns the company?
The Big Beer tactics that are vexing local, independent brewers include opening up local brew pubs, allegedly controlling beer distribution, buying up hop farms previously used by craft brewers, and even quietly buying a stake in an online beer rating website.
"There's a lack of transparency," said Paul Gatza, director of the Brewers Association for Small and Independent Craft brewers in the U.S. 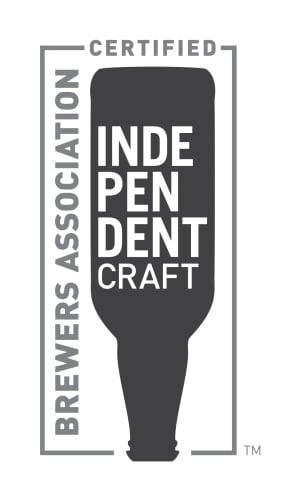 The new seal of the Brewers Association in the U.S. emphasizes the word 'Independent' (Brewers Association)
"I think what has happened to some degree is the beer drinker just doesn't know who is small and independent and know what is craft anymore."
The issue is so acute in the U.S. the Brewers Association has just come out with a new seal in an effort to distinguish its members — all smaller, local producers — from the big players.
The logo features an upside down beer bottle with the words "Certified Independent Craft."  Independent is also in a larger font, a deliberate emphasis.
"The benefit of 'Independent' is that it's unassailable," said Gatza.
"That's the one thing that the large brewers can't do is claim that they are independent of a large brewer so there is a purity in that word."

That the small brewers feel the need to rebrand their product in a way they think can't be co-opted is a testament to the level of incursion Big Beer has made in their market segment. 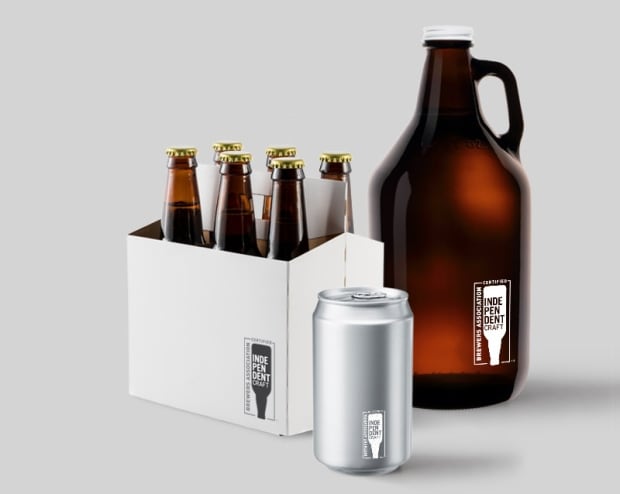 This is what the new seal will look like when placed on the products of participating independent brewers. (Brewers Association)
Behemoths like Anheuser-Busch InBev, the world's largest brewer, have been gobbling up successful craft breweries. According to Forbes, AB InBev boasts annual sales of $55 billion US after its merger last year with SABMiller.
AB InBev recently bought Wicked Weed, a famed craft brewery based in Asheville, N.C., the 10th craft brewery added to its stable, which includes Chicago's Goose Island and Seattle's Elysian Brewing.
In Canada, this trend includes Toronto's Mill Street and Quebec's Microbrasserie Archibald (both owned by Labatt, itself a subsidiary of AB InBev), B.C.'s Granville Island, owned by Molson Coors, as well as Quebec's Unibroue, owned by Sapporo (which also owns Sleeman), makers of Blanche de Chambly. 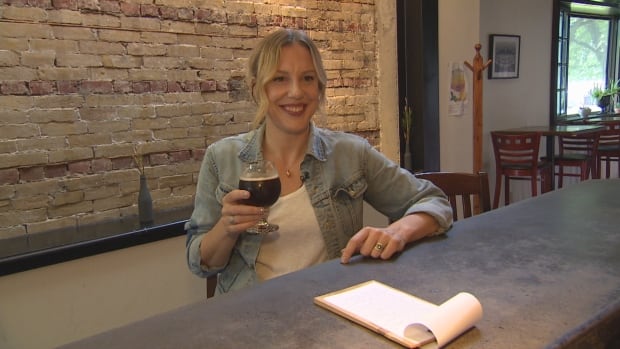 Crystal Luxmore is a beer writer and certified cicerone, a sort of beer sommelier (Oliver Walters/CBC)
"They're buying up smaller breweries as a way to grow bigger," said Crystal Luxmore, a beer writer and certified cicerone, or beer sommelier.
"For years, traditional beer has either flatlined or gone down," she said.
"But craft beer as a category grows year-on-year, and I think there's lots and lots of room to capture more market share, and so that's why bigger breweries are going after the craft or independent brew segment."
But it's more than that, say small brewers.

"They portray these beers as if they come from small companies when in fact they come from very large companies," said Gatza.
Toronto's Summer Craft Beer Fest is on this week, featuring local, southern Ontario beers from craft brewers such as Redline Brewhouse in Barrie, Hometown Brewing of Norfolk County, Barley Days Brewery in Prince Edward County and Niagara's Oast House.
But alongside those microbreweries are names like Labatt's Mill Street, Creemore, owned by Molson Coors, and California's Lagunitas Brewing company, owned by Dutch giant Heineken NV.
Organizers defended the beer selection. 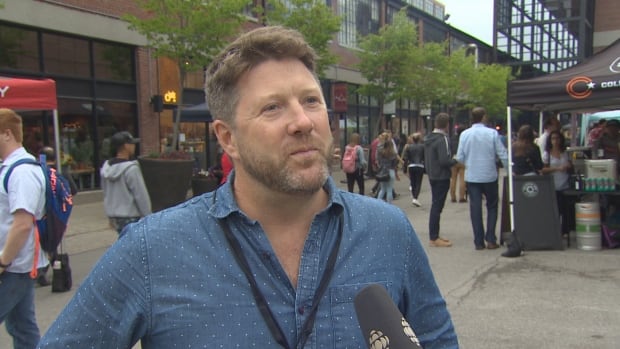 Drink Inc.'s Scott Rondeau says a multinational corporation may own a craft beer brand, but that doesn't mean the beer has changed. (Barry Smith/CBC)
"They're still making the same beer," said Scott Rondeau of the event's organizer Drink Inc.
"Take Creemore: They're still making it out of the same place. Still the same brewmaster, still the same building, still using spring water, it's still the same people that worked there over 10 years ago."
But craft brewers say it's not the same.
"AB InBev has been buying out true indie craft breweries and then continuing to market them as if they're still true indie craft breweries." said Sam Calagione, founder of the popular Delaware craft breweryDogfish Head Brewing, who believes the lack of transparency goes even further.
Last month Dogfish Head Brewing asked to have its beer removed from beer rating site RateBeer after word got out that ZX Ventures, backed by AB InBev, had bought a minority stake in the site last year.
"Once we found out about it we wanted nothing to do with RateBeer anymore even though our beers are very highly rated on there, because we just thought it was a massive conflict of interest." 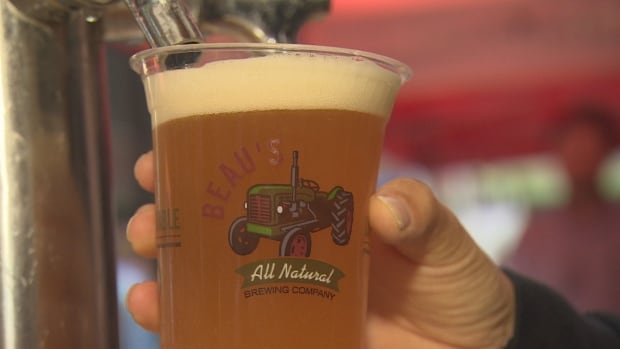 Other moves that have also raised the ire of craft brewers include AB InBev's restricting the sale of South Africa's small but prized hops crop to its own brands, according MarketWatch.
In a statement quoted by Beer Street Journal, AB InBev said it was stopping the sale of these hops to craft brewers because of low yield.
"Unfortunately, this year we do not have enough to do so given the poor yield. More than 90 per cent of our South African-grown hops will be used in local brands Castle Lager and Castle Lite, beers we've committed to brewing with locally grown ingredients," AB InBev said in a statement.
Then there was a Wall Street Journal report about an incentive plan purportedly offered by AB InBev to beer distributors to carry its own brands. Craft brewers worried it would make it harder to get their own products to market.

In San Diego, the beer community is in such an uproar over AB InBev's 10 Barrel Brewing opening a brew pub, one self-proclaimed (presumably craft) beer fan started a Go Fund me campaign to fly a banner overhead that read: 10 Barrel Is Not Craft Beer.
The goal was $900.  The campaign raised $4,840.
Local beer critics claim AB InBev's brew pub "will chip away at the local brewing community, siphoning off precious market share from other San Diego craft breweries."
Canadian craft brewers share many of the same concerns as their American counterparts about the dilution of the term "craft beer." But there is no comparable national craft brewers association in Canada like there is in the U.S., so there's no organization to co-ordinate a branding campaign. 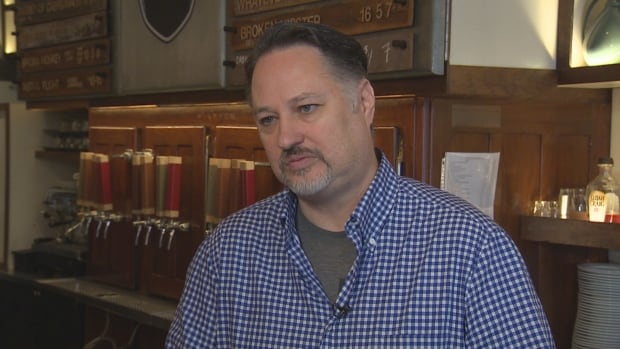 Jason Fisher is the owner of Toronto's Indie Ale House (Oliver Walters/CBC)
"Kind of like the VQA for wine, right?" said Jason Fisher, owner of Toronto's Indie Ale House.  VQA Ontario is an independent authority that establishes and monitors the province's "appellation of origin" system for wine.
"That symbol [would say] the beer is actually made where you say it's made and made by a brewery that's not partially owned by Molson, Labatt's, or one of their subsidiaries," Fisher said.
"That would be amazing. Consumers would take a little while to understand that. But the more support that goes into those types of breweries the better the beer that comes out."