- February 17, 2016
the cbc website's takeaways from my latest beer column
(and this one has great comments so far - usually i avoid reading them because, well, some people sure like to be mean for no apparent reason)

Budweiser is B.C.'s top beer
choice, but craft beer on the
rise

Newspaper report looked into sales in B.C. as a whole and regionally 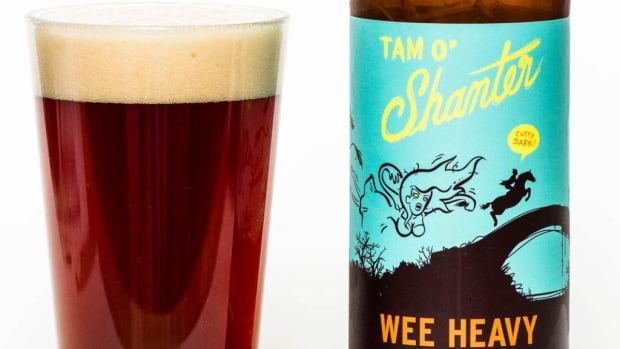 A recent story in the Province newspaper found that in B.C., the king of beers is the King of Beers: Budweiser.
Data from the B.C. Liquor Distribution Branch shows that mass-produced American lager is the most popular beer in the province by sales, much to the chagrin of On The Coast beer columnist Rebecca Whyman.
"I love that beer is front page news [but] I can't help but wish they'd chosen to focus on all the local craft beers that broke the top 30 in their regions," she told On The Coast guest host Michelle Eliot.
"Craft beer sales in B.C. have nearly tripled in the past five years, with $73 million worth sold in 2015.  Corporate beer may still be the biggest seller, but craft beer is on the rise."
Whyman's takeaway was how many craft breweries broke into the top 30 in their regions, with Tofino Brewing dominating its local top 30 with 11 entries.
Whyman also gave Eliot some picks for this week. Note Budweiser did not make the list.
Bomber Brewing's Tam O'Shanter Wee Heavy Scotch Ale
"To celebrate their two-year anniversary, you should try Bomber Brewing's collaboration with Moody Ales! The Tam O'Shanter wee heavy scotch ale weighs in at 7.8 per cent and 29 IBUs (International Bitterness Units).  Available in 650 ml bottles and on tap at the Bomber tasting room."
Off The Rail's Saison
"And to celebrate their one-year anniversary, try Off The Rail's Saison. It's a departure from their usual styles, and it's really nice. You won't get that peppery saison finish here, but you will get that lovely farmhouse yeast. On tap at the brewery."
Powell Street Brewing's Mosaic Sour
"This Belgian wheat beer has all the funk you've been craving!  Available on tap at the tasting room and in 650 ml bombers."
bomber brewing budweiser cbc website liquor distribution off the rail powell street province newspaper tofino brewing company