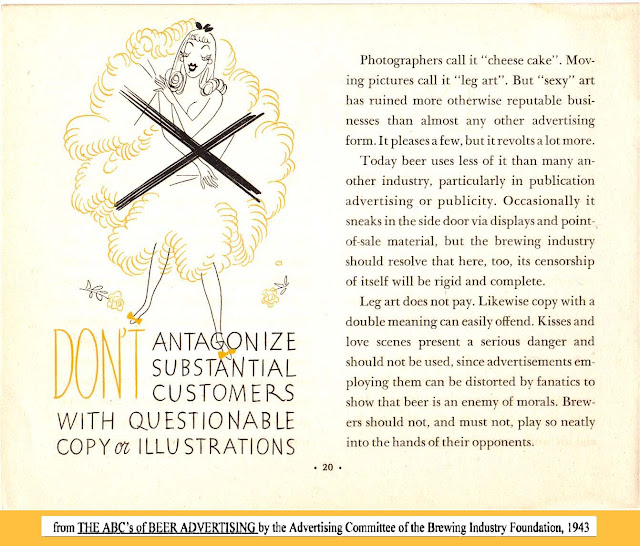 from my beer column on cbc radio one's on the coast with stephen quinn yesterday:


It is getting harder and harder to find unique beer names.  As more breweries and beers enter the market, more names are trademarked and no longer available for use.  Amidst all the ‘cease and desist’ letters flying around, there may be another controversy brewing.
Is beer becoming a soap opera?  And so are the suds of our lives... It does seem like it sometimes!  While any service industry would make for a good soap opera setting, I think what’s happening in the beer industry is just good old fashioned growing pains, though.

Brewers and beer marketers love a good beer pun.  But with so many beers needing names, there is a shortage of not-yet-trademarked puns left out there.  If you can’t be punny, then how about edgy?  Sometimes breweries are going past edgy though, and into the land of offensive names.  I would give some examples, but I’m afraid you might find them offensive!  Seriously though, the types of names giving rise to most complaints are the sexist ones.  Just google “sexist beer names” and you’ll see why I couldn’t say them on the air.  See also Thrillist for their top 13 from 2013.

Beer is a collaborative and friendly industry, but it is still a male-dominated one. Craft beer may be light years ahead of mainstream beer in terms of inclusivity, but it still suffers from gender inequality and sexism.  Mainstream beer markets to men, and their ads tend to involve scantily clad women.  Craft beer doesn’t have the same big budget for advertising as mainstream beer does, so where craft beer is not doing right by us all is in the naming of their beers and the label artwork they’re choosing. 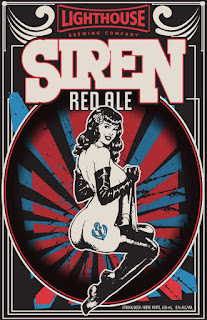 None of the beer names or labels that make the lists of most offensive are from BC.  But that doesn’t mean local breweries can’t improve their inclusivity.  All BC beer names and labels have to pass through the Liquor Distribution Branch before hitting store shelves.  While I can't think of any offensive names or labels that have managed to sneak through, there are some sexist names and labels out there.  Remember Lighthouse's Siren label from back in 2013?  And what about Central City’s Red Racer Girl?  That very long-legged woman in garters, coasting on a bike.  Is she offensive?  I wouldn’t go that far, but in my opinion she is overly-sexualized.  Why is that necessary to sell beer?  And if you have to try three times to get your labels past the LDB, there’s no way you aren’t aware they’re going to upset some people. 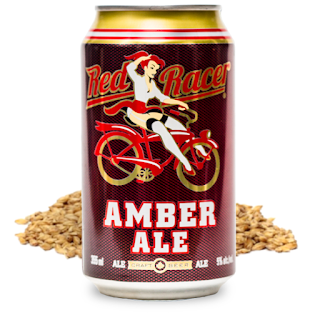 A lot of people will say the beer labels are all in good fun, or that I don’t know the difference between sexism and sexy.  While I beg to differ, I won’t go on for long about this, but I do want to drop in just a few observations made by Canadian women in the beer industry about how sexualized and sexist beer labels affect them:  “I’m not in on the joke, I’m the butt of it.”  “Maybe they are saying that their beer isn’t meant for me.”  “I don’t necessarily care how artistically the woman on the can is depicted, or how empowered you think she feels. There’s too many other great ideas and creative concepts in this world, at this point in time, to still put forward sexist marketing because it was presumably the best idea on the table.”  “When I see these ads it reminds me of the times people have not seen my value as a brewer, but could only identify me as muse or ask if I am even capable of lifting a grain bag.” (All quotes borrowed from BensBeerBlog)
I like to think that the craft beer industry is above going for the low-hanging fruit.  Even with the increased competition for beer names, it is an active choice to go the sexist route.  With the number of women drinking craft beer rising quickly, and competition for their beer dollars increasing, it is a choice that could cost breweries a significant customer base.

The American Brewer’s Association, in a policy that is more bark than bite, have said they won’t announce winners with offensive names at their competitions.  If the Brewer’s Association’s independent outside review panel deems a winner’s name offensive, the winning name will not be announced at the awards ceremony, the winner will not be allowed to mention that win in their marketing, and a report will be issued on the Brewers Association website.  President and CEO Bob Pease says “We want our members to be responsible corporate citizens.”  Program Director Julia Hertz says that every brewery has the right to name and market their beers as they want.  “Our hope is that they do it true to the values and integrity that the craft beer community should aspire to.”

It appears to be a compromise position between banning beers and condoning offensive names, but I think it is a step in the right direction.  The Brewers Association is a trade organization that hosts two annual contests, the World Beer Cup and the Great American Beer Festival.  While their policy will only affect their own membership, they are an important organization in the beer industry and this decision may well start conversations about what constitutes an offensive name and why the craft beer industry needs to hold itself to high standards.

The issue has reached beer publishing as well.  All About Beer magazine made a stand earlier this year that “Beers that demean women or promote rape culture will not be reviewed or promoted in this magazine or on AllAboutBeer.com.”  Editor John Holl says. “We will not be quiet about this important issue.”

Alas, I don’t think the BA policy will cause the Brewers Association of Canada or Beer Canada to adopt a similar one.  Those organizations only represent the few breweries who brew most of the beer in Canada and I don’t foresee them changing their marketing practices any time soon.
I asked the BC Beer Awards folks if they were considering adopting a similar policy.  I was told that they did meet on the subject, but are not going to draft a policy.  Director Chester Carey told me, "The liquor control board is pretty strict about what products they register already so we don't really anticipate having to make a call ourselves.  If something got by them that was by consensus "explicit, lewd, or demeaning" we wouldn't publish that material but could still recognize the brewery for the liquid produced, which has always been our focus."

Similarly the BC Craft Brewers Guild has no plans to adopt a policy.  According to Executive Director Ken Beattie the guild has “never had a complaint brought to our attention concerning offensive beer names in BC.”

So it’s business as usual around here.  I do think that each organization that makes a stand will get more people in craft beer talking, though.  Talking about their responsibilities to each other and their consumers, and how to be inclusive and welcoming to all beer drinkers.

Let’s go summery – I hope there’s no controversy about that – with two new summer ales and an old favourite!

Steamworks Summer Ale – for the first time, Steamworks Brewing has produced a summer ale.  Very orange zesty, it is an easy-drinking 4.8% wheat ale.  Bright citrus and fruity hops, joined by grains of paradise for a little spice.  Available on tap at Steamworks, and in tall cans (473ml) – both on their own in 4 packs and as part of the Summer Mash-up sampler pack.  Speaking of beer labels – I really love the sun on these cans!  It’s gorgeous!

Granville Island has come out with a summer ale as well.  You may remember back to the days when there were Winter and Summer Solstice Ales from GIB.  Nowadays they’re called The Lions.  Lions Winter Ale has been around for a while, and is now joined by the Lions Summer Ale.  Weighing in at 4.7%, this one is easy-drinking and refreshing.  Tropical fruit and biscuity malts, with a slightly tart finish.  Available in cans and bottles and at the taproom on Granville Island.

Bomber Brewing’s super popular Park Life passionfruit ale is back!  I call it an old favourite, but it’s only 3 years old!  This is an American blonde ale infused with passionfruit juice.  It is crisp and tart, and totally tropical!  Sweet and sour balance each other on top of this summer ale that still manages to taste like a beer (as opposed to a radler). 4.5% Available on tap at the tasting room and in 6 packs of cans.