- October 27, 2013
yesterday's beer fest was fun
it's not the biggest beer festival around
and there were not many beers being offered that i hadn't had before
but it's a well-run festival and a great introduction to beer festivals for a newbie
or a relaxing beer festival for an old hand

caveat:  tourism harrison paid for me to stay two nights at the lovely harrison beach hotel, and entry for me and my guest to all three beer fest events.  i'm not going to lie to you about my impressions of the festival, but i may have had rose-coloured glasses on due to the sheer joy of a mostly-free weekend away at a beer festival in adorable harrison. 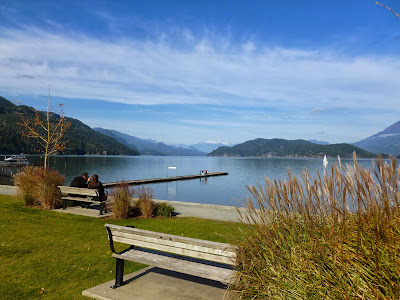 i brought a newbie with me to the festival
so while i spent my time pouring over the list for beers that i needed to cross off my "drank it" list
i was also looking for beers i thought she would want to try
for those who follow me, you'll know that i have one hold-out on full conversion to craft beer
well, no longer!
bringing her to the beer fest moved her from macro lager lover into craft beer appreciator
will she never drink a rainier again?  don't make me laugh!
but, she drank brown ales and nut brown ales and stouts and porters all afternoon and loved them
she even wrote down her favourites so she can find them at the liquor store

the set up of the beer fest was pretty much what you find at all beer festivals
booths set up around the room for breweries
seating in the middle
water / rinsing stations smattered around
but at harrison beer fest you get arm chairs and table cloths and blue skirts on the beer tables
it's a classy affair! 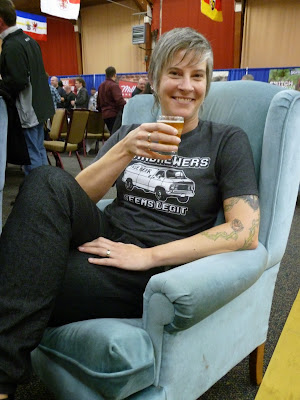 the wack pack was back in full force 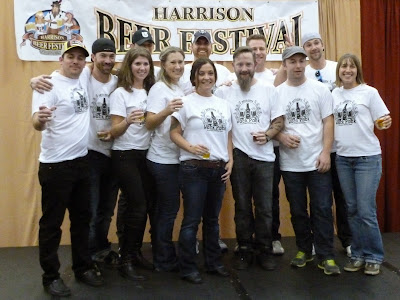 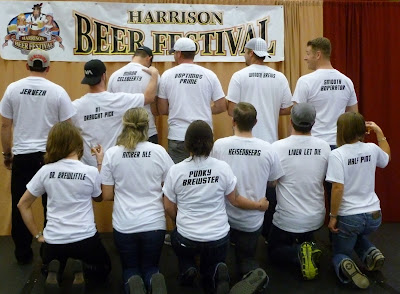 the winners of the people's choice awards went to some very different beers than usually lead the pack in vancouver or victoria:

then there was a two hour break in the proceedings
(during which i had a nap - no, really! beer festivalling is exhausting)
and the hall turned from beer hall into oktoberfest beer hall
with beer steins and leiderhosen and pretzels, oh my!
and the dancing!  chicken dance anyone? 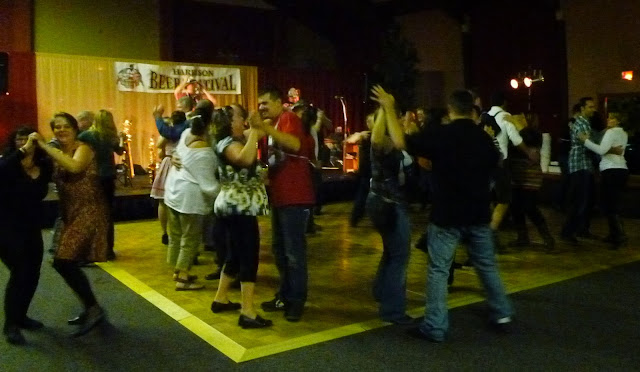 i even got to meet sasquatch 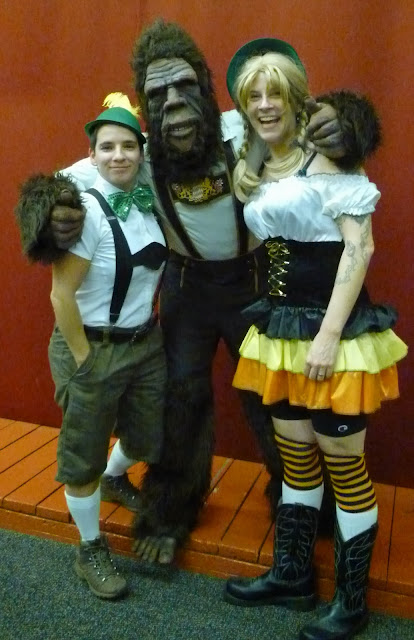 the festivities wound down at 11
so civilized, just like the rest of the festival

did i enjoy the festival?  yes i did
would i come again next year?  i might
it wouldn't be top of my list of beer festivals to attend, but it was very enjoyable
i'm a beer geek, there are so many festivals i haven't been to yet and so many beers i haven't had the opportunity to try yet, that re-visiting a smaller festival would not take priority in my beer calendar
that said, i think it's important for places outside metropolitan areas to hold beer festivals and introduce people to the craft beers being brewed in their back-yards and local bigger cities
bringing beer to the people is a worthwhile endeavour and this festival certainly did that - i talked to quite a few people who admitted to being new to craft beer, and to a one they all said how much they were enjoying trying all the beers on offer
i do wish the licensed establishments in harrison would take note though - there is still not a craft beer to be found in harrison outside of the beer fest
if there had been, i would have been tempted to stay out longer after friday night's cask fest and to actually go out after oktoberfest
beer craft brewed harrison beer festival mill street brewery mission springs brewery oktoberfest old yale brewing co parallel 49 brewery phillips brewing vancouver island brewery