- October 26, 2013
let me just begin by saying that harrison beer fest is adorable!
harrison is a lovely little place
and its beer festival is an equally lovely little thing

caveat:  tourism harrison paid for my hotel for two nights and entry for me and my guest to all three harrison beer fest events.  i'm not gonna lie to you about my impressions of the fest, but i may be mildly swayed by the sheer joy of getting away for a mostly-free beer weekend! 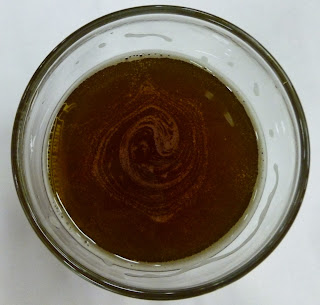 traffic was fairly kind to us, but we still didn't hit town until around 7 p.m.
so we were at st. alice hall about an hour after the casks had been tapped and the night was in full swing
the event was sold out because they wisely kept the numbers low to ensure that attendees got their beer's worth; the hall was full but by no means packed

my first impression was that this is a very different festival than i'm used to
people were sitting down, the noise level was fairly low and no one was drunk
and that impression lasted for about another half an hour
then people began to mingle and get louder

seriously, people sat down
there were lots of tables and chairs in the hall, and people were occupying them
they got up, got a beer, spoke to the brewery rep about said beer and then sat back down to drink it
so civilized... but so foreign to my cask festival experiences before now

the second thing that struck me about this festival over others i have been to - there were only six casks and they were all lined up right next to each other.
i thought this would make it hard to get to them
but you know what?  the crowd was small enough and polite enough that that just wasn't an issue
and the camaraderie of the beer pourers was all the more obvious with them hanging out right next to each other

now, if you're getting the impression that it was just a polite beer sipping sort of event, you'd be mistaken
it was a fun night
the casks were good, people were happy, the piano guy providing the live music was amusing and picked some great songs
and where there's beer flowing, there are always good times right alongside
especially for the "wack pack" who came out for their buddy's birthday and wore matching shirts with beery puns on the backs
(it was hard getting them to stand still!)

six breweries sent a cask
the first to have their cask drained was declared the winner of the evening
for the second year in a row, it was parallel 49 who claimed the honour
organizers joked that they would have to weigh their cask next year

dead frog brought their fearless ipa - the only hoppy beer in the bunch was a cask version of the bottled beer, brought down to about 70 ibus, and it worked

old yale brought a hazelnut stout - deep, dark and nuttily delicious.  they found the right amount of hazelnut to nut it up without overwhelming the rich dark malts

cannery brought a spiced knucklehead pumpkin - spicier than the bottled version, this one featured fresh pumpkin, nutmeg and all-spice.  not at all sweet, it was just like a pumpkin ale should be

pacific western brought a barleywine - weighing in at 9% you'd think this one would have been boozey, but it wasn't at all.  light coloured and light flavoured, this was my least favourite of the night

the night was pretty much wound up by 9:30
which after a long week at work was just about the right time to be winding down for this old lady
gotta make sure i'm rested up to kick up my heels at oktoberfest tonight!
beer cannery brewing cask caskival craft brewed dead frog brewery harrison beer festival mission springs brewery old yale brewing co pacific western brewing parallel 49 brewery