New Belgium Brings Back Sour, Spice and Everything Nice
with the Return of La Folie, Transatlantique Kriek and Cocoa Molé

These Lips of Faith additions are available now

Ft. Collins, Colo. – February 19, 2015 – New Belgium Brewing is releasing 2015’s La Folie and Transatlantique Kriek while reissuing a new Cocoa Molé, offering an inventive mixture of sour, sweet, heat and tradition. Two of these Lips of Faith additions (Transatlantique Kriek and La Folie) will remain out through the remainder of 2015 and Cocoa Molé will be out through March, or while supplies last.

La Folie, French for “the folly” and New Belgium’s earliest sour beer release dating back to 1997, returns yet again to offer this year’s sour delight. A wood-conditioned brown ale, La Folie ages one to three years in French oak foeders formerly used in wine production. The result? A smooth oaky nose and delightfully tart finish. This one-of-a-kind sour brown ale is sharp like a lambic, sour in the finish, and full of green apple, cherry, and plum-skin notes. It pours a deep mahogany.

La Folie is 7 percent ABV and available in 22-oz. bombers and on draft.

Transatlantique Kriek offers another dose of sour that’s crisp and effervescent. The 2015 edition of Transatlantique Kriek began life in the oaken vessels of Gert Christiaens’ Oud
Beersel brewery, deep in Belgium’s Senne Valley. After it wood aged, Oud Beersel’s lambic was blended with tart cherries and shipped across the pond to New Belgium Brewmaster, Peter Bouckaert. In concert with Oud Beersel’s cherry lambic ale, Bouckaert created a full golden brew to blend in and round out this kriek. The result is an intense cherry nose leading to a pleasing sweet-tart flash finish across the palate.

Transatlantique Kriek is 8 percent ABV and is available in 22-oz. bombers and on draft.

For a behind the scenes look at the release party for these sours check out the “epicness” from the Lost in the Woods party here. To learn more about the history of New Belgium’s sour program click here.

The third, Lips of Faith release is Cocoa Molé, a spiced chocolate porter. The beer combines chocolate, cinnamon and chilies for a sweet and spicy burst of fun. Brewed with deep caramel and dark chocolate malts, plus a healthy dash of chocolate rye, it pours midnight dark with a subtle, reddish hue and pillowy, burnished head atop. Starting on the tongue with the sweet chocolate and finishing with a fine-spun heat of peppers, Cocoa Molé is a worldly contrast in a glass – olé.

Cocoa Molé is 9 percent ABV and is available in 22-oz. bombers and on draft.

To find New Belgium beers near you, visit the libation locator at http://www.newbelgium.com/beer/locator.aspx. 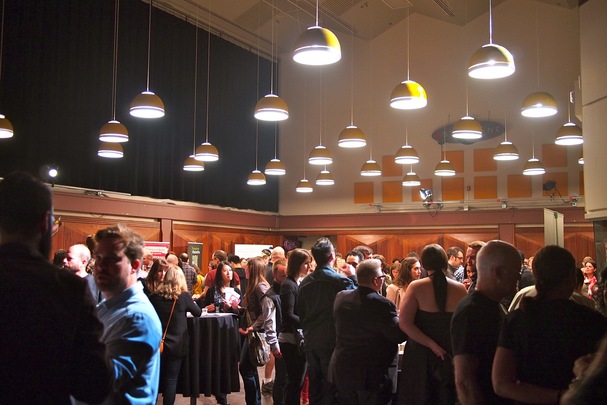 
Vancouver B.C., February 19, 2015 - After a sold out inaugural event in 2014, BC Distilled returns to Vancouver for another round. With more vendors and a second event time added, BC Distilled is bigger and better than before.


On Saturday, April 18, 2015, twenty-two of the province's leading small-batch distilleries along with a handful of artisanal beverage and food purveyors will set up shop for BC Distilled 2015 — British Columbia's premier micro-distillery festival. Hosted at CBC Vancouver, BC Distilled provides a single-stop opportunity for craft spirit lovers to taste a variety of regionally sourced products.


Buy Tickets: Tickets can be purchased starting on February 26 at bcdistilled.ca


BC Distilled is also a proud supporter of The BC Hospitality Foundation, which provides financial support for individuals within the hospitality community who are coping with a financial crisis arising from a health or medical condition. Partial proceeds from the festival will go directly to the BCHF.
bc distilled british columbia craft distilled la folie lips of faith long table distillery new belgium odd society sour transatlantique kriek vancouver victoria spirits yaletown distilling