- November 06, 2015
new releases from r&b, brewdog and new belgium
one local and two imports i'd love to get my hands on!

A nice, bitter bite complements stone fruit flavors, perfect for a winter storm
Ft. Collins, Colo., November 5, 2015 – Accumulation White IPA returns to New Belgium Brewing’s winter lineup offering an alternative to traditional dark winter beers. Four bold hop varieties give Accumulation a tropical flavor with a nice, bitter balance. Nugget and Centennial hops along with a dry-hopping of Mosaic and Amarillo hops all combine to create Accumulation, which pours a pale, hazy golden color with a medium body. It comes in at 6.2 percent ABV and 70 IBUs.

“Many beers out this time of year are malt bombs and going with an IPA that has some tropical flavors defies expectation,” said New Belgium’s brewer Grady Hull. “Accumulation also has a hefty dose of wheat, which provides a good counter-balance to the bitter bite of the Mosaic and Amarillo hops. The big, juicy hop flavors, combined with the smooth wheat make this a great wintertime companion.”

Accumulation is available now through the beginning of January. You can find it near you by using the New Belgium Libation Location tool: NewBelgium.com/Beer/Finder.

No Label
No Label is a postmodern, postgender non-binary brew; the world’s first beer made with transgender hops.
Brewed with whole hop bines that have spontaneously changed from female to male, no label goes its own way. The base style, Kölsch, blurs the boundaries between lager and ale, drawing comparisons to “non-binary” individuals who class themselves as neither exclusively male nor female.
No Label balances a light, biscuity dryness from the malt base with delicate hints of fruity esters gifted by the fermentation. Finally, dry-hopping adds a layer of new world tropical & pine flavours that add a unique twist to this classic Kölsch style beer.
A portion of the sales of this beer will be donated to LGBTQI+ events organisers Queerest of the Queer. 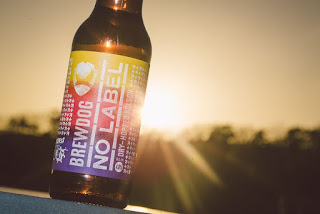