- April 13, 2016
check out the cbc website on collaboration beers

Rebecca Whyman has beer picks that shows the fruits of 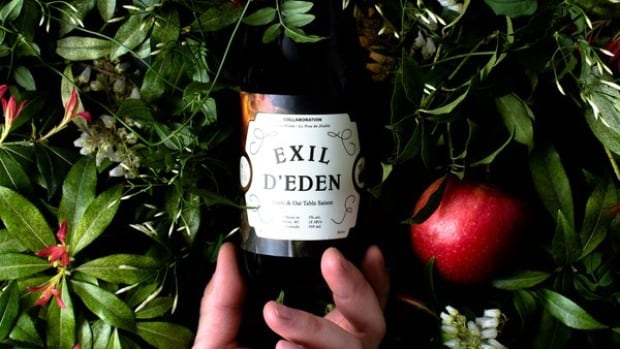 On The Coast beer columnist Rebecca Whyman says the craft beer community in B.C. is just that — a community.
And collaboration is a key part of any community and in craft beer that means collaboration beers.
"Breweries aren't in competition with each other; they consider themselves all part of a brewing community that cares about and shares with each other," Whyman told host Stephen Quinn. "So it's only natural to want to brew together too."
Whyman says there is a remarkable lack of "trade secrets" in craft brewing. And when you're not worried about the brewer down the street "stealing" your secret recipe or ingredient, there is nothing holding you back from sharing ingredients with them, or inviting them over to brew with you.
Whyman also says collaborative brewing helps pass around knowledge in the craft brewing scene, and also serves as a way to avoid litigation.
If two breweries brew a beer with the same name, rather than fight it out in the courts they could brew it together and not infringe on a trademark, she says.
"That kind of amity is gold when your product stands for local, quality and innovation," she said. "Thinking outside the corporate model is a large part of what is appealing about craft beer to consumers."
Here are some of Whyman's picks for excellent local collaborations.
Exil d'Eden Apple Oat Table Saison
"Four Winds Brewing's collaboration with Trou du Diable from Quebec. five percent, in 650 ml bottles at private stores and on tap at the Four Winds tasting room."
Living Skies Rye Pilsner
"Bomber and Doan's collaboration, on tap at Bomber and in 650 ml bottles at both tasting rooms."
Spring Shred Ruby Red ISA (India Session Ale)
"The B.C. Craft Beer Guild collaboration between Whistler Brewing and Fernie Brewing. 4.7 percent, available in 650ml bottles."
With files from CBC Radio One's On The Coast
bc craft brewers guild bomber brewing cbc website collaboration beer doan's craft brewing fernie brewing four winds brewing le trou du diable on the coast rebecca whyman stephen quinn