- April 26, 2017
cbc website regarding yesterday's beer column on radio one's on the coast

Are new B.C. craft breweries
struggling to distinguish
themselves? 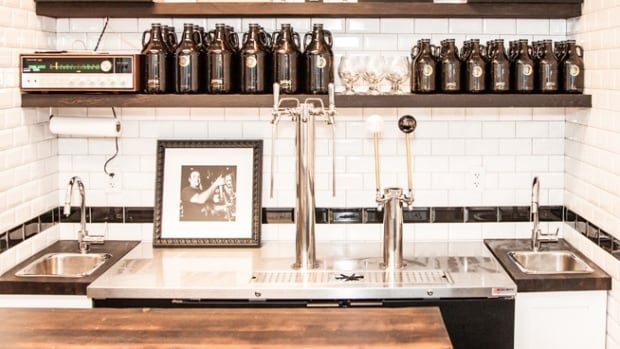 New craft breweries keep popping up in B.C., but On The Coast's beer columnist says finding a niche is becoming increasingly difficult.
While the first breweries that opened had novelty appeal, that's wearing off as more enter the market, especially in the Lower Mainland.
"When there were fewer breweries, it was easy to be different by choosing a different type of beer to focus on, like Dageraad's focus on Belgian beers," she told On The Coast host Stephen Quinn.
"Branding becomes even more important the more breweries there are, especially ones with similar names. … We're seeing a fair number of established breweries relaunch themselves with new branding."
Whyman said beyond that, breweries should consider opening up second locations, especially outside of brewery-rich East Vancouver.
Another idea — open up more patios to provide a more varied tasting room experience.
"Inferior product will be the first to fail, followed by those with a poor business plan," she predicts. "But the breweries with quality beers and an eye on how to reach their customers, and make new ones, ought to be around for a very long time."
Here are Whyman's beer picks for this week:
Moody Ales Intrepid Lemon Matcha Saison
"This is their spring seasonal, and it's from a recipe homebrewer Steve Sheldon brought to Moody Ales. Crisp, refreshing, earthy and spicy. It begins its life as a traditional Belgian farmhouse ale, then takes a sharp turn into uniqueness with a dose of organic lemon matcha tea near the end of fermentation. You can find the matcha saison at the tasting lounge, and at government and private liquor stores. 6.9 percent alcohol, It pairs well with seafood, sushi, fresh fruit and light pasta."
Luppolo Brewing's Belgian Blonde Ale
"This newly released blonde ale is fruity, and of course, delicious! Aromas of clove and banana lead to flavours of pear and subtle spice. Brewed with pilsner, wheat, rye and oats, and lightly hopped. Available at the tasting room in flights, glasses and growler fills."
Mt. Begbie Brewing's Tail Whip Helles Lager
"This spring seasonal is made with 100 percent B.C. ingredients, including barley from Armstrong, hops from Malakwa and water from Revelstoke. It is a crisp, clear, refreshing lager. 5.2 percent, available at private liquor stores."
With files from CBC Radio One's On The Coast
beer beer column cbc website craft brewed dageraad east van luppolo moody ales mt. begbie brewing on the coast rebecca whyman stephen quinn