- October 05, 2012
its only the first week of craft beer week
and maybe its because i'm getting over my man-cold
but i feel like its been all beer all the time for me so far!

monday i skipped the craziness of st. augustine's sartori cask night for the calm of monday night football at a friend's house, with me supplying the beers
which included an ipa homebrewed by matt, rod and ryan's that was needing to be drunk before it lost all its hoppy goodness,
a true northwest ipa that went down far too well!

tuesday i went to two cask nights
the railway club had a lovely r&b ipa cask
very satisfyingly delicious
rogue broadway had their very first cask night, also with an r&b cask
blueberry cranberry esb, which their front office person, lundy dale, who is also the president of camra bc, helped to brew and was thrilled to unveil at the start of bc craft beer month

wednesday was my usual beernesday club night at st. augustine's
omg, the cheese stromboli currently on their fresh sheet is to die for!
get some while you can! 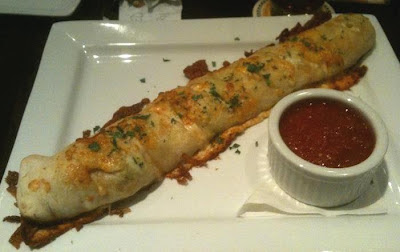 last night the cask at the yaletown brewpub was unadulterated ipa
nick, the new assistant brewer there, has been making some really amazing casks
several of them straight up, no funny business, and the beer geeks are loving it

after the yaletown we hopped over to the alibi room for the sartori cask
lord, that is one delicious beer!
i also managed to find room for a hopworks ipx as well
what an amazing night of wonderful beers

this weekend i am skipping town and heading to seattle
hoping to hit pyramid brewing as i have not managed to make it there before
perhaps ubertavern, brouwers and seattle beer deli mart, who knows!?

but before i leave, here's jan zeschky's article on bc craft beer month