- May 27, 2014
i will be on cbc radio one's on the coast this afternoon at 5:50
sipping on beer and chatting about it with gloria macarenko

specifically we'll be talking about the chef series of beer from r and b brewing
which launches today!

and here is yesterday's press release: 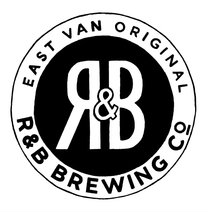 How Many Chefs Does It Take to Make Great Beer?
R&B Brewing Co. Launches the Chef Series 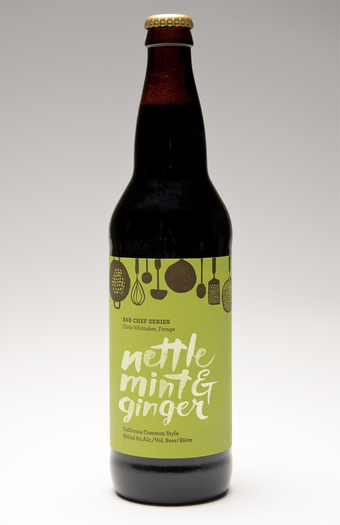 Vancouver BC, May 26, 2014 - Anyone who has ever worked in a restaurant knows that 'kitchen beers' are two of the most satisfying words a cook can hear. Not only does it signal an end to a very long day, it is the beginning of a nightly ritual that results in cold beer, comfort food and camaraderie. Beer has come a long way over the past few years, making its way from late night kitchen relief to prime time dining room enjoyment.

In collaboration with five of Vancouver's most celebrated chefs, R&B Brewing Co. presents the Chef Series: a line of 650mL bottled beers that are designed to pair with food. Each beer is set to launch sequentially every six weeks over the summer and into the fall.

R&B Brewing Co. head brewer Todd Graham invited chefs Chris Whittaker (Forage), Andrea Carlson (Burdock & Co.), Owen Lightly (Butter on the Endive), Robert Belcham (Campagnolo), and Brian Skinner (The Acorn) to develop their very own beer. Participating chefs were asked to choose a beer style and unique ingredients that they personally connect with. The result, five incredibly diverse beers that reveal a little bit about each chef and pair perfectly with some of their favourite dishes. Following the release of the first five beers in the Chef Series, a new list of chef collaborators will be announced.

"The variety of beer styles now available in restaurants encourages diners to choose beer as an accompaniment with their meal," says R&B Brewing Co. Head Brewer, Todd Graham. "The Chef Series is intended to further stimulate one's curiosity for beer and food pairing."

The first beer in the R&B Brewing Co. Chefs Series scheduled to hit store shelves on May 27, 2014, is from chef Chris Whittaker of Forage. Whittaker wanted a light summer ale to pair with halibut that incorporates nettles, an ingredient he is well known for. Graham chose a style in the vein of a California common, brewed it with local nettles and ginger, and finished it with mint.

Future releases in the Chef Series* include:
* some ingredients may change due to availability.

Availability:
650mL bottles of the Chef Series Nettle, Mint and Ginger California Common can be found at Forage and private beer and wine stores in Vancouver.

Restaurants, bars, and craft beer and wine stores can pre-order bottles of the R&B Brewing Co. Chef Series by calling the brewery directly at 604.874.ALES (2537).

About R&B Brewing Co:
Committed to keeping things modest, independent and unique, R&B Brewing Co. makes handcrafted beer in the heart of East Vancouver’s historic brewery creek district. R&B Brewing Co. (derived from a clever organization of the two founding partners' names) is the combined hard work and lifelong goal of Rick Dellow and Barry Benson, who share more than 60 years experience in the international and local brewing industry. After spending many years installing micro-breweries and brewpubs and training brewers all over the world, they brought their wealth of knowledge and experience home to Vancouver, where they produce consistent high quality, hand crafted ales. R&B Brewing Co is located at 54 East 4th Ave. Vancouver BC V5T 1E8. W: www.r-and-b.com P: 604.874.2537