- April 07, 2011
if you aren't a beer-loving female, or have one you can pass this information along to, stop reading now! 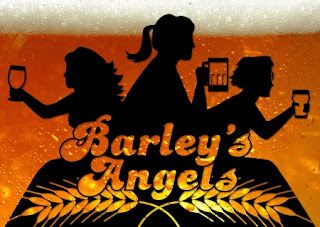 mission statement:  as the consumer leg of the pink boots society, barley's angels is commited to involving women in the enjoyment of craft beer by creating environments where women can learn more about beer in a friendly, educational and supportive atmosphere, thus creating more women beer enthusiasts, and, ultimately, involving more women in beer- and brewery-related careers.

purpose:  barley's angels is a growing collection of individual chapters around the world that work with craft-beer focused breweries, brewpubs, restaurants, alehouses and other public beer establishments to advance the female consumer craft beer enthusiast, resulting in increased patronage and revenue from women, while encouraging education and interest in beer among this often under-recognized demographic group.

wanna get involved??
join them!

for the vancouver chapter, email craftbeerchick@gmail.com
for other chapters, visit pink boots society and barley's angels

and check out these blogs too!

and unrelated to beer, but because i'm a fan
go visit barley wik while you're at it!
barley wik barley's angels beer pink boots society pink pints vancouver women