- May 04, 2011
probably not the exhaustive list of beers i received for my birthday
but i think its pretty close!

(and that doesn't even include the two phillips hop boxes that stacy brought over for the party itself...) 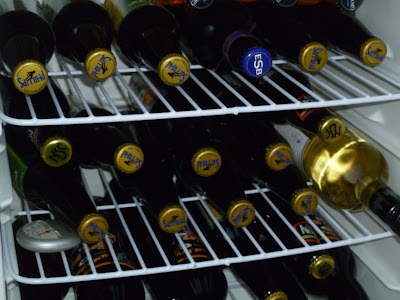