a little bit of catch up

- September 26, 2012
the cask last night at the railway club was central city's pumpkin ale
it was quite a nice pumpkin ale
is it too early in the season to be over the pumpkin?

and speaking of the lovely railway club, if you ever frequented that joint you would have been served by the fabulous natasha
well, she has retired from slinging beer at the railway
and there's a party in her honour on sunday at 5
come out and hoist a glass to this wonderful woman 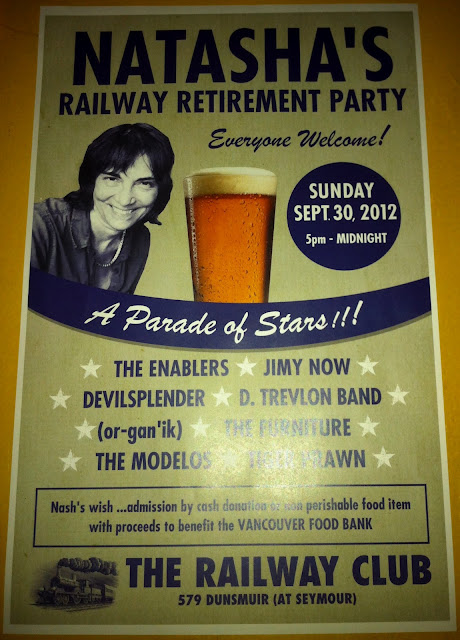 bc beer blog reports that a few victoria beers are ready for release
including hoyne's wolf vine ipa and driftwood's sartori harvest ipa, both wet-hopped

a couple of pieces of gossip as well:
there will be a new beer and vodka distributor in town
official announcement coming shortly, but i can tell you oregon beers will be featured