tuesday's cask at the railway club was central city's hoppy apple pie esb
and it was really quite delicious
their amazing extra special bitter amped up with some apple and nutmeg notes
it really worked!
(now i just need to find someone who can bake me a hoppy apple pie... ryan?) 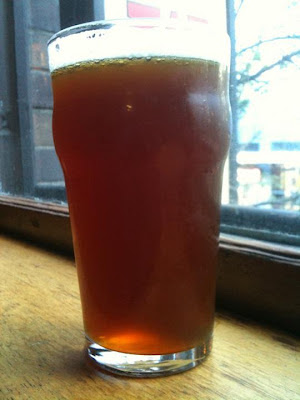 after the railway i went out with a friend to mahoney's pub by canada place
i had no idea it even existed - really should get out more!
for an irish pub they have a pretty darned good craft beer menu
and the food was amazing!
nice view of the water too 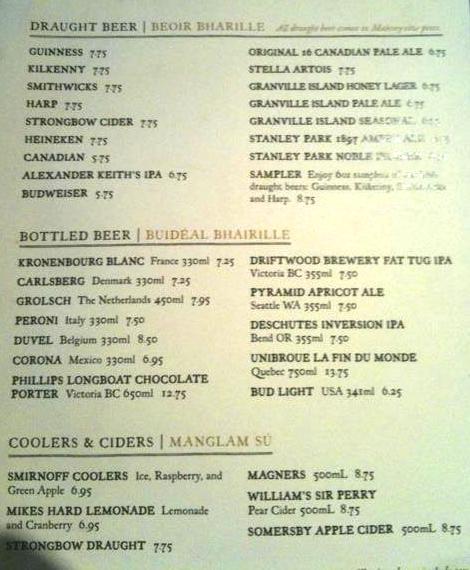 and last night at st. augustine's i tried the anderson valley brewing bahl hornin' wee geech pale ale:  4.4% designed to satisfy the hop heads out there, while still offering a sessionable and balanced ale.  the aroma hops have a very piney, citrusy, and grassy element which we further emphasized by adding fresh cut lemongrass late in the kettle.  it also imparts a spicy ginger character.

i didn't really like this one at all
couldn't put my tongue on the exact flavour that i didn't like, but it might well have been the grassiness
i didn't get any citrus hop or ginger
just lots of ale and that je ne sais quoi that i didn't care for


tonight i am off to the yaletown for a pint of cask there
then the granville room for the elysian / ninkasi collaboration pumpkin ipa
very much looking forward to all of that
anderson valley apple beer cask central city craft brewed esb granville room mahoney's pale ale railway club session beer st. augustine's vancouver yaletown brew pub