RED CHAIR NWPA
Red Chair NWPA's meteoric rise from pub darling to seasonal celebrity is as legendary as its name. THE Red Chair is the oldest operating lift at Mt. Bachelor in Central Oregon. As the lift that the locals ride to catch epic untracked snow on powder mornings - it is an obvious path to glory. This is a hop-forward ale showcasing juicy Cascade and Centennial hops in perfect harmony with British Crystal and German Pilsner malts that highlight caramel flavors providing the perfect complement for this seductive brew. Don't miss one of the winter seasonal's most thrilling rides...Available in 6-packs, 12-packs and on draft where Deschutes beer is sold. 6.2% ABV / 60 IBUs
SEASONAL (Available January-April) 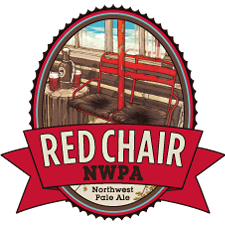 HOP HENGE EXPERIMENTAL IPA
The 2012 version of Hop Henge examines the virtues of high alpha acid hops in concert with less malty sweetness. Cascade, Centennial, Columbus, Millennium, Citra & Simcoe hops were added in generous quantities to this Imperial IPA and is guaranteed to make any hop lover pucker! This tasty elixir recently won "World's Best Imperial IPA" at the 2011 World Beer Awards and is constantly evolving each year just like hops in Mother Nature. Hop Henge is the result of a daring effort to create a unique, desirable drinking experience and is a salute to IPA lovers everywhere. Cheers! Available in 22 oz. bottles and on draft wherever Deschutes beer is sold. 9.0% ABV / 90 IBUs
BOND STREET SERIES (Available January - May)