- June 12, 2014
most days it is pretty darned good to be me
tuesday was no exception
i got to attend the launch for central city brewing's red racer copper ale
they beered us and appy'd us at joey's on broadway
and gary lohin himself told us all about the copper ale
then there were samples of the I-5 amarillo ale
and swag bags to take home

the copper ale is a beautiful copper colour - thank you munich malts!
not as hop-forward as the rest of the red racer beers this is a much more malty offering
based on a recipe gary used to brew at central city
and hoping to capture the not-so-hop-loving segment of the population
(can you say conversion beer?!)
it fills a gap in the red racer line up
oh, and it's a very tasty number!
easy drinking with lots of malty goodness
definitely a departure from the rest of the line-up, but still the quality beer we've come to expect from central city

central city is also taking this opportunity to introduce a 500 ml can
hoping to get more eye-level retail space with single 500 ml cans, they are not putting the copper ale into six pack cans
rather it will be sold individually in the 500 ml cans and 650 ml bottles
(as well as kegs) 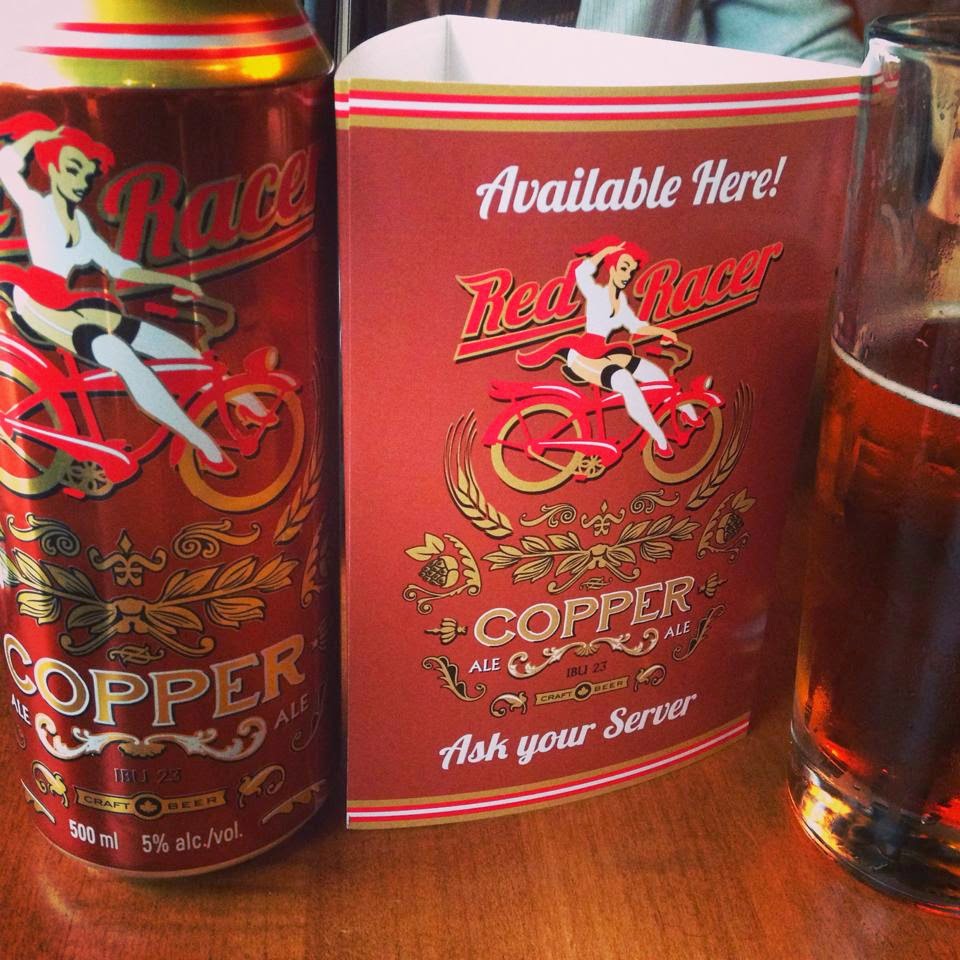