After an afternoon of visiting three lovely establishments it was time to ditch the vehicle and continue on foot.  The final four places I stopped were within very easy walking distance of each other. Downtown Corvallis is not very large and boasts a number of craft beer destinations. 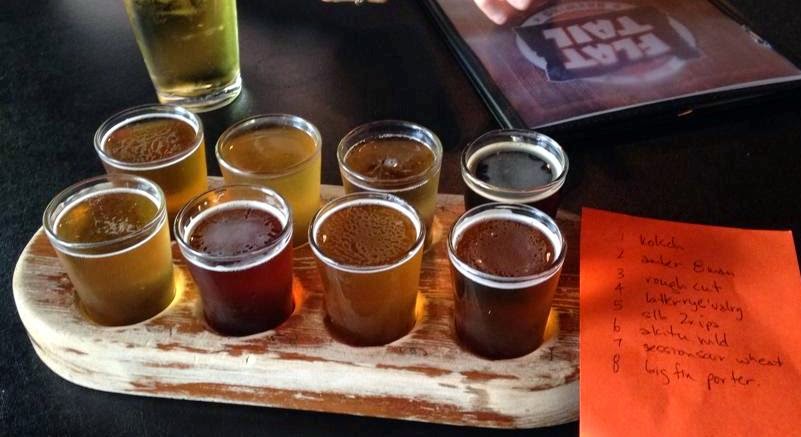 Fourth stop, Flat Tail Brewing, Corvallis, OR
This is one of the breweries mentioned in Lisa Morrison's book.  I decided to keep going with the taster paddles and chose 8 beers. We arrived a minute before 6:00 and our server graciously told us if we ordered quickly he could get us in under the“happy hour” wire. Realizing we hadn't eaten at all yet, I ordered the “frickles” - fried pickles with pepper ranch dip - and pretzel sticks with beer & cheddar and honey mustard dips. The pretzels were awesome, the frickles had a bit too much breading on them, but they kept me able to drink my paddle of Kolsch, Amber 8 Man, Bitter Ryevalry, Seriously Low Budget 2xIPA, Akitu Wild, Session Sour Wheat, Big Fin Porter and Rough Cut IPA. The kolsch was incredibly drinkable, the amber was delightful, the low budget IPA disappeared before I realized it, the akitu wild was interesting, the session sour wheat tasted like a gose, the porter was satisfying and the rough cut IPA was very tasty. These were the first satisfying IPAs of my day. The bitter ryevalry smelled hoppy, but it as all bitter rye malt in the taste.
Flat Tail (reference is to a beaver, the fierce animal mascot of Oregon State) is a university hang-out, with a deep fried menu, but what other sportsbar do you know of that offers multiple sour beers?  Worth checking out if you're in the neighbourhood (or would that be neighborhood?).

Fifth stop, Sky-High Brewing, Corvallis, OR
What a great bar!  The brewery is downstairs, then you go up one and two floors to the restaurant and bar areas. The patio apparently has a great view if you get there early enough in the day to see it, but the hotel being constructed next door will probably take most of that away. 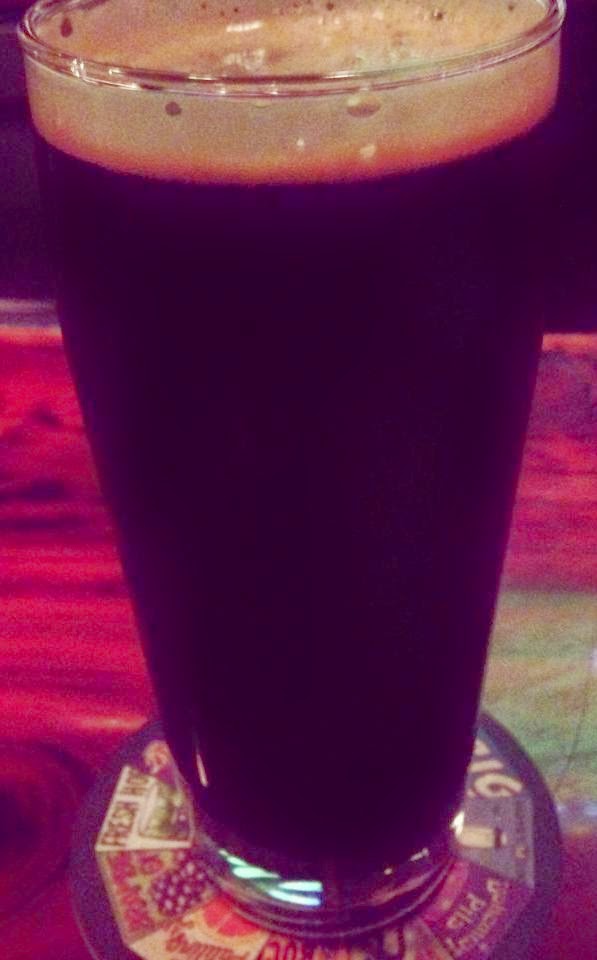 This late in the crawl I gave up on taster paddles and just went for a single beer. I tried the Crowbeer CDA, a 7% tall, dark and hoppy offering. I really enjoyed it and would have liked to spend more time trying out the beers here. I know our bartender Tory told me why it's called Crow Beer but I neglected to write it down in my book and cannot remember for the life of me!  Maybe it is just as simple as the write up, named after Crowbar... but I can't remember what Crowbar is or why they love it so.  I am a bad, bad beer ambassador. 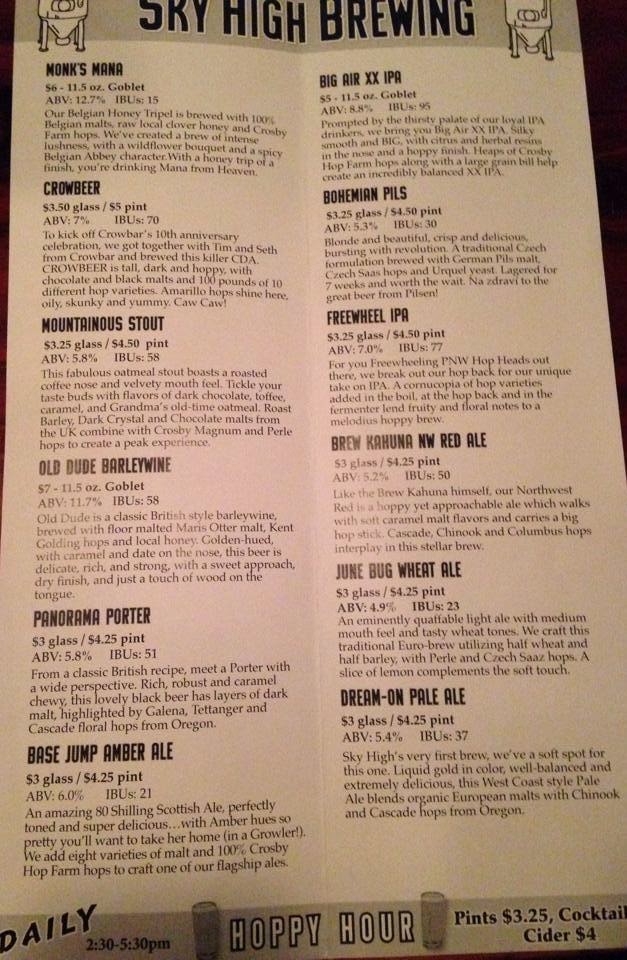 I really enjoyed my "pint" and the atmosphere of the place.  This is a bar I would definitely visit again.
Sixth stop, Les Caves Bier and Kitchen, Corvallis, OR
Related to and located next to Block 15, Caves is incredible! Nicely laid out bar with comfy padded bench seating, it boasts 7 pages of beer bottles on the menu, with 21 draught taps and sours – oh the sours. So many choices, so little time. I went with the Caves 1 year anniversary blend sour, by Block 15. This 4.7%er was tart and complex and obviously the product of great brewing. 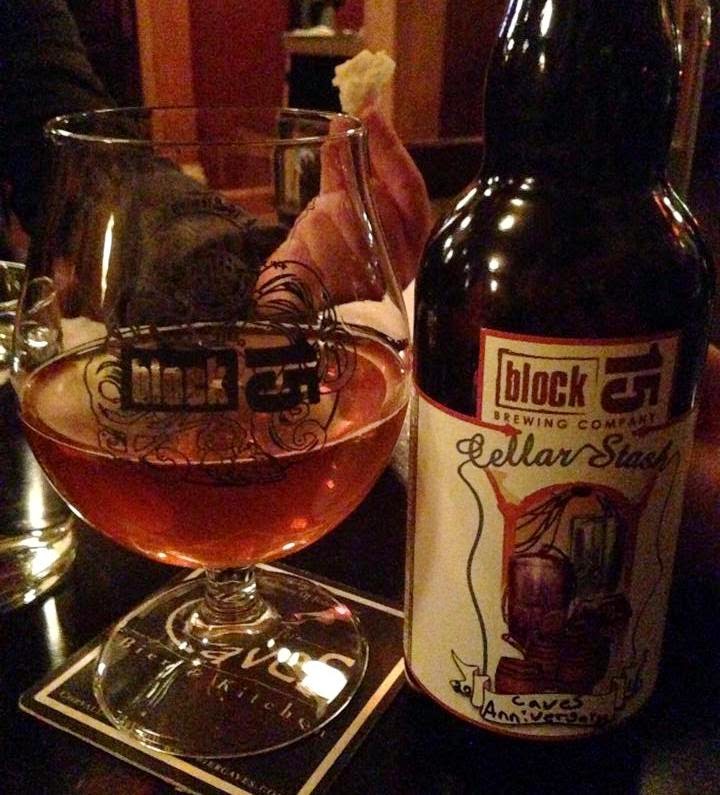 Again, I wish I had had more time to sample the offerings here. I would make this my local if I lived in Corvallis.  This place is a beer lovers heaven. Go!  And please take me with you! 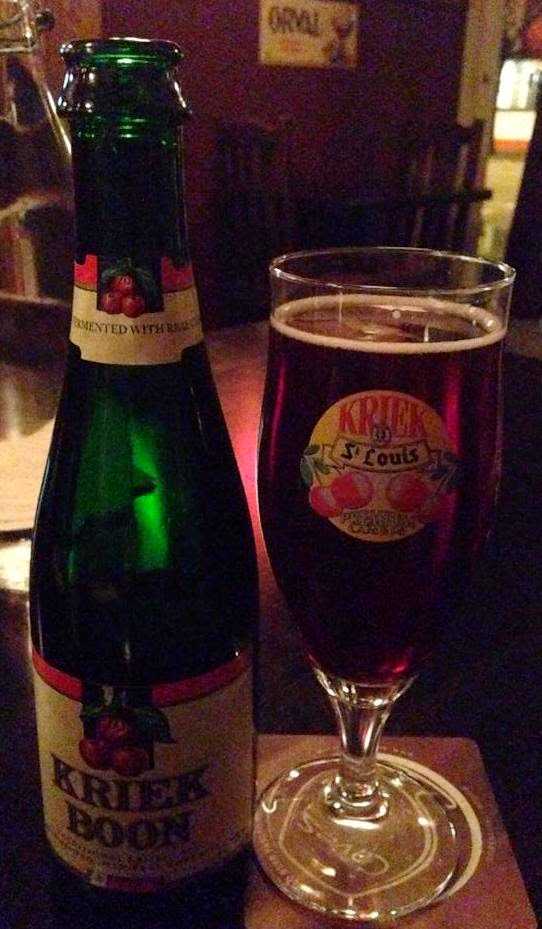 My drinking companions (we grew from just two of us to six of us) went with the Kriek Boon, which I had a sip of - a very nice sweet sour - but professed to like mine better.  I love turning former non-beer lovers into sour fiends!  It is so satisfying.  They are Corvallis dwellers and have professed Caves to be their new go-to beer place based soley on its extensive sour list.
I had a very tiny nibble from someone else's appy plate of cheese, bread, pickled snap peas and pickled beets. Quite delicious. I just loved the place!  They're totally doing it right.
Final stop, Block 15 Brewing, Corvallis, OR
Suggested by Lisa Morrison and the Pocket Beer Guide and they are not wrong on this one! I could only do one more beer, it had been quite a long day and night of sampling, so I went with the Space Cowboy IPA. The Pocket Beer Guide suggested I try the Figgy Pudding, Pappy's Dark and Super Nebula Imperial Stout and Lisa Morrison had suggested trying the Alpha IPA or the Six Hop Wonder, but after a small taster of the Space Cowboy, listed as an IPA and a half, I had to have a full glass of it. Maris otter and caramel malts with apollo and eldorado hops, dry-hopped with galaxy, eldorado and apollo. 7.88% and 80 ibus. I really enjoyed that beer.  So much that I totally forgot to take a photo of it, or anything inside Block 15.
Featuring chalkboard table tops with plenty of chalk, it was fun times for everyone at Block 15. We ordered off the late night food menu. Not a whole lotta veggie choices so I ended up with nachos. Nothing to write home about, but probably a very necessary stomach lining for one last beer before bed.
Other than the lacklustre late night menu, I would totally recommend Block 15.  Next time I'm in Corvallis I will put Caves and Block 15 much earlier in my pub crawl day so as to give them proper time to fill me with really good beer.
Lisa Morrison also suggested stops at Squirrels, a tavern, and Oregon Trail Brewing, the original brewery in town. I didn't make it to these two stops due to a lack of time. Unfortunately most places were closed on Easter Sunday so I had to get all my drinking done in just one day. 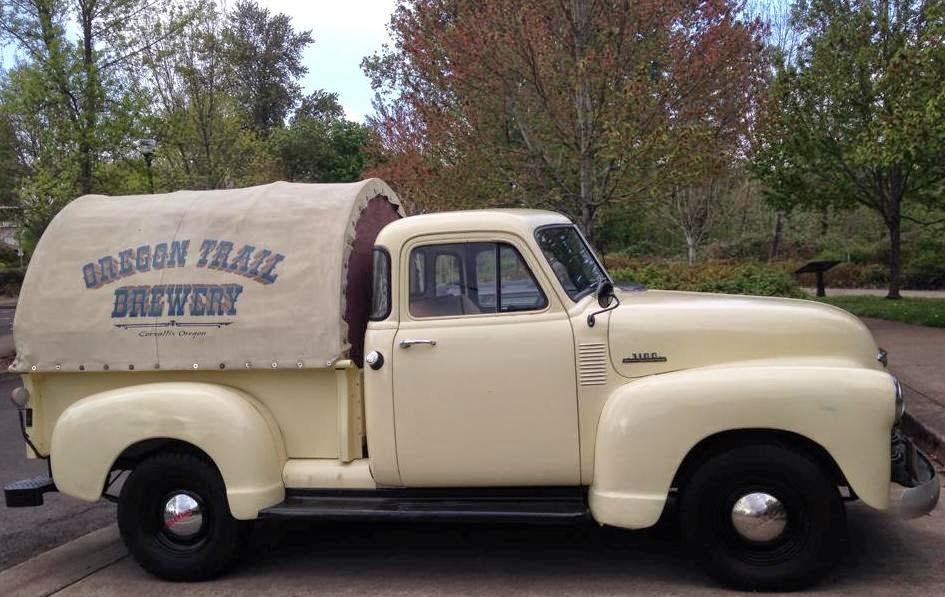 I did manage to visit the Corvallis Sports Park though, just after arriving in town on Friday evening. For an indoor soccer field's attached pub, they had a great menu of craft beers, Sierra Nevada, Ninkasi, 10 Barrel, Deschutes, Lagunitas, including a long list of IPAs.  I went for the Deschutes Fresh-Squeezed IPA and the 10 Barrel Apocalypse IPA.  Which paired very nicely with the extremely nutritious deep-fried cheese and tater tots that were my dinner.  God bless America! 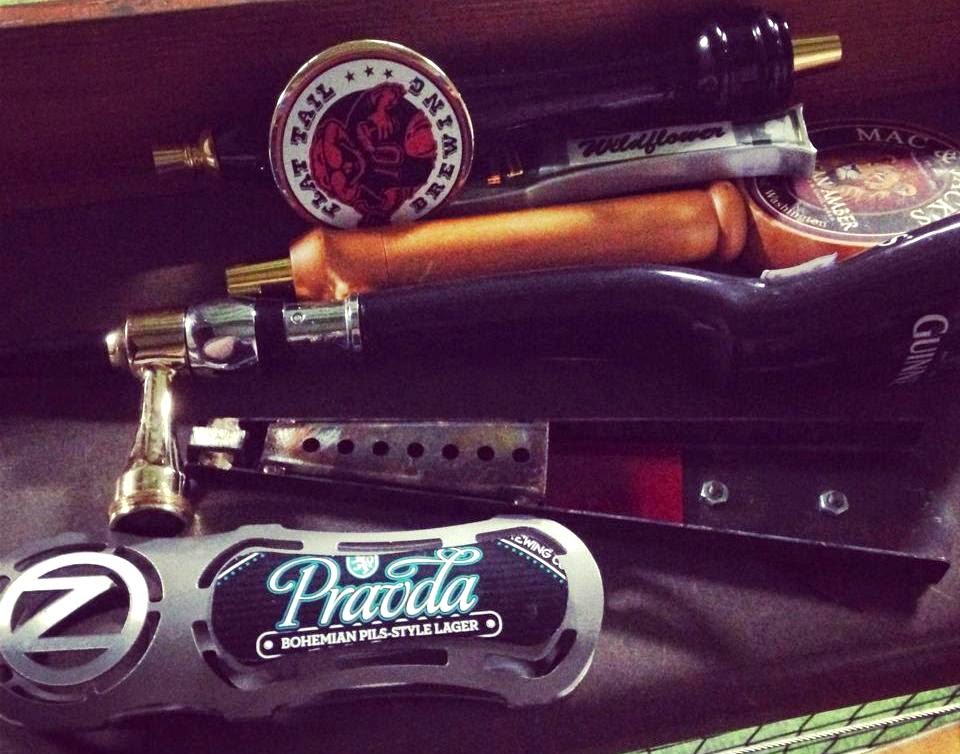