port alberni homebrewer trying to crowdsource himself into craft brewing

with all the hype about session beers lately
let's go back a couple of years to when it was still just an idea
and get craftbeer.com's definition of sessionability

if you'll be in vancouver on may 10th (i won't be, i'll be in portland attending the cider riot kick-off party - yay me!)
you may just wanna hit the cbc for the microdistillery festival 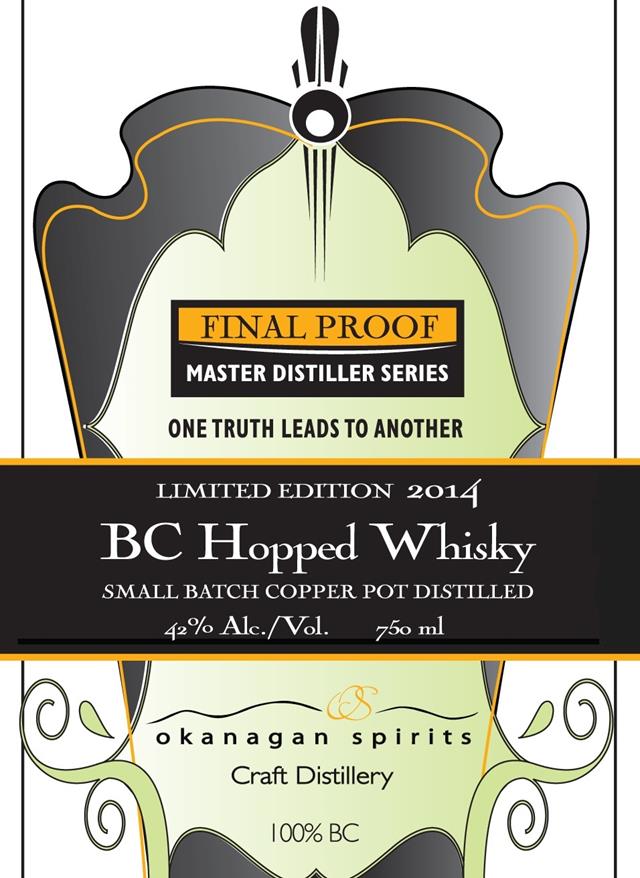 Okanagan Spirits BC Hopped Whisky is going to be released this Spring and the image is a little sneak peak of the label.
The idea behind the 'Final Proof Master Distiller Series' was to allow the creative nature of our Distiller Peter von Hahn to develop a series of small batch specialty and unique whiskies that we will release over time.
The first release will be BC's first 'Hopped Whisky'.
Barrel aged for five years, this whisky offers a well-balanced flavour that starts with spicy malt notes and finishes with a dry a hoppy kick.