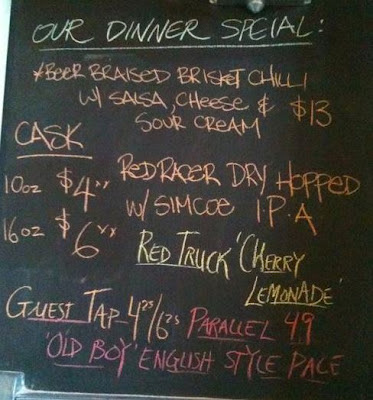 i began with a cask last night
central city's red racer dry-hopped with simcoe
and it was fantastic
could have been a little more carbonated
but otherwise a stellar ipa! 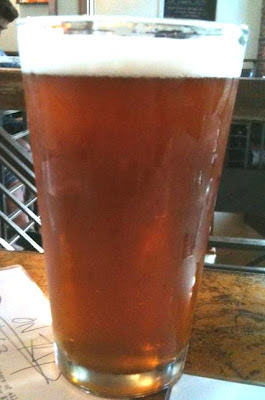 next up i decided to double my hops pleasure
with the lost coast limited release double trouble ipa
and holy hops batman, was it ever a citrusy bitter little number
delicious! 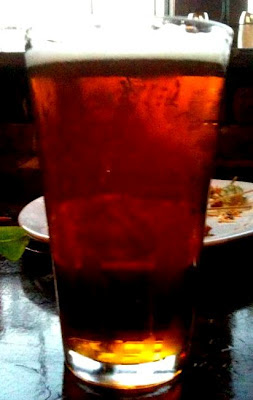 why i didn't just have small pours of the above two, i don't know
but there were still too many beers i wanted to try on the menu that i had to go with a frat bat!

loved the first three, did not at all care for the cherry lemonade
at 3.8% i can see drinking the session ale on a summer patio for hours!
and the other two?  gosh darnit, i love me an ipa
colour me happy!
alibi room cask central city conrad gmoser double trouble dry-hopped ipa lost coast brewery red racer red truck brewery simcoe tariq khan tofino brewing company vancouver