- August 31, 2012
the cask at the yaletown brewpub last night was cocoa ipa
it was a bitter little beer to swallow
so of course i loved it!
a bit sedimenty with cocoa at the bottom, but what do you expect from a cask? 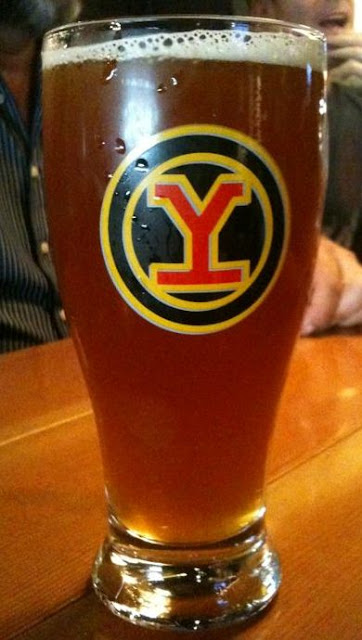 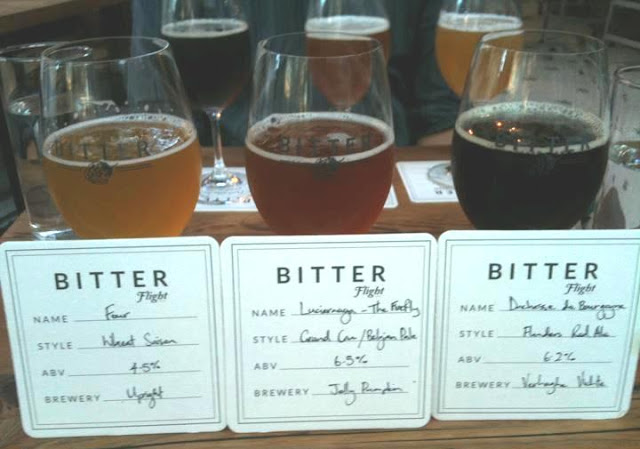 the upright 4 is not really a sour beer if you ask me
it is just a slightly sour saison, you know?
so, not my favourite...

the jolly pumpkin grand cru - luciernaga the firefly
was starting to get sour
still, i can see why it calls itself a belgian pale ale
tasty for sure but not quite sour enough for me
would i have it again?  sure!

the verhaghe vichte duchesse de bourgoyne was sour
not mouth puckeringly so, but enough that it pleased my sourpuss tastebuds
iain hill described it to me before i had tried it as balsamic vinegar
and he was right!  totally got that flavour from it
my favourite of the three and one i would happy have again
beer brick and beam cask cocoa craft brewed flanders red grand cru ipa jolly pumpkin artisan ales saison sour upright brewing vancouver verhaghe vichte yaletown brew pub