- August 16, 2012
i think i am losing my ability to appreciate spice in my old age
i used to be able to pour on the hot sauce
but lately...
lately i'm finding all the chili beers i drink to be too spicy
they hurt my throat
drinking them is just not enjoyable

tuesday night at the railway club the cask was central city's red chili white ale
i had a taster of it
and it hurt my throat
the flavour was lovely, but i couldn't get past the throat burn to have more than a couple of sips

same thing happened when i was in portland at burnside brewing
they had two spicy ales on the menu
i tried them both in my sampler
(and they do warn you that they contain the hottest pepper known to man)
they smelled divine, but i couldn't get past a sip
instant throat ache
instant disappointment 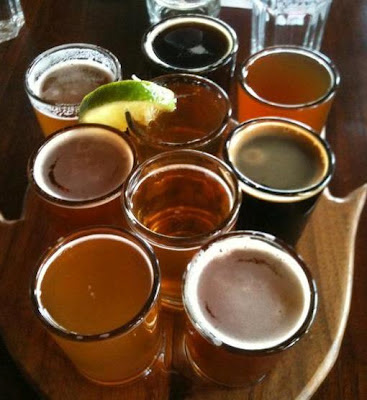 is it me?
or are people putting too much spice in the beer?
is it so wrong that i want just a hint of chili in my beer?
that i don't want the spice to overwhelm the beautiful beer behind it?