- August 24, 2012
and the next collaboration beer coming at ya:
phillips and great lakes

August 24th: The Great Canadian Beer Festival is ready to descend upon Victoria once again, and this time around two breweries are using the annual beer celebration as an excuse to have a little collaborative fun.
Victoria-based Phillips Brewing Co. and Great Lakes Brewery from Toronto are teaming up to brew a special one-off beer at the Phillips facility the week of the Festival. It's a project reflective of the unique collaborative spirit of the craft brewing industry, as well as an excuse for old friends to get together for a brew. David Bieman of Great Lakes Brewing cut his teeth in the craft beer industry at Phillips once upon a time, and in the minds of these brewers the opportunity to reunite old friends in the pursuit of creating great beer is as good an excuse as any to participate in the project.

For the time being both breweries are keeping the specifics of their collaborative beer under a tight lid, but with a brew date scheduled for September 6th, it won't be a secret for long. 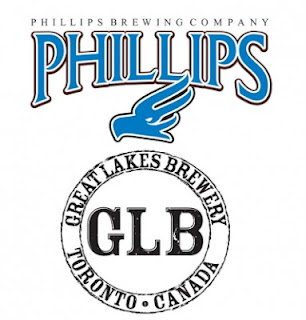