Showing posts from November, 2014
Show all

i made the cbc website again! 3 holiday beers to celebrate the season Beer columnist Rebecca Whyman delivers her top picks for the holiday season By On The Coast and Rebecca Whyman, CBC News Posted: Nov 27, 2014 4:18 PM PT Listen here: Seasonal beer, good picks for a hoppy holiday 6:38 Bravo Beer Company (Note: CBC does not endorse and is not responsible for the content of external links.) On The coast beer columnist Rebecca Whyman poses with her three picks for seasonal beer. (Stephen Quinn)   Winter beer is usually all about vanilla, but for On the Coast beer columnist Rebecca Whyman, this year the holidays are about Christmas ales from Belgium. Whyman says all three are vanilla-free, and can be imported from Bravo Beer Company or found at specialty beer stores. Bonsecours Blonde de Noel : One of the only blonde ales brewed for Christmas, it is made with malt, candi sugar, hops and yeast. This is a sweet, yeasty and fru
Post a Comment
Read more

the pike press: STRIKE UP THE BAND! ...Four bands in fact, played at Pike's big birthday. New Orleans jazz led the way, with members of Tuba Luba kicking off the "Second World's Shortest, Non-motorized, Uphill Parade" from Copperworks Distillery (co-founded by Pike's first brewer, Jason Parker) to Pike's brewery entrance on Post Alley. The first "World's Shortest Non-motorized, Uphill Parade"' took place 25 years earlier. To pay homage to our little brewery, Charles and Rose Ann, who was born in New Orleans, pounded the pavement with some old fashioned alley-dancing as the band played on. 300 intrepid beer lovers paraded along thetwo block route that began across from the Great Wheel on Alaskan Way, withthe toot of a tuba, the honk of a horn, and the beat of a big bass drum, heading East on University, across Western,up the Harbor Steps, left on Post Alley for a block, under the neon "POST ALLEY" sign, and f
Post a Comment
Read more

- November 26, 2014
my notes from yesterday's beer column on cbc radio's on the coast with stephen quinn ( to listen, click here and fast-forward to 10 minutes from the end - 2:19): Seasonal ales We can’t deny it any longer, winter is here, and that means it’s time for drinking winter beers.   Winter ales in these parts have been very vanilla the past several years, and by vanilla I mean the spice not that they’re boring!   So let's talk about some imported winter ales that utilize different flavours to celebrate the season. I brought in three Christmas ales from Belgium for us to taste.   These beers are imported by Bravo Beer Co.   You can find them via the Bravo BeerCo . website and at private liquor stores like Legacy, Firefly and Brewery Creek. The first is a blonde beer - one of the only blonde ales brewed for Christmas - Bonsecours Blonde de Noel from Caulier Brewery is 10% and rated 100 out of 100 by Beer Advocate but only 50 out of 100 on RateBeer.  It comes in a 330ml swin
Post a Comment
Read more 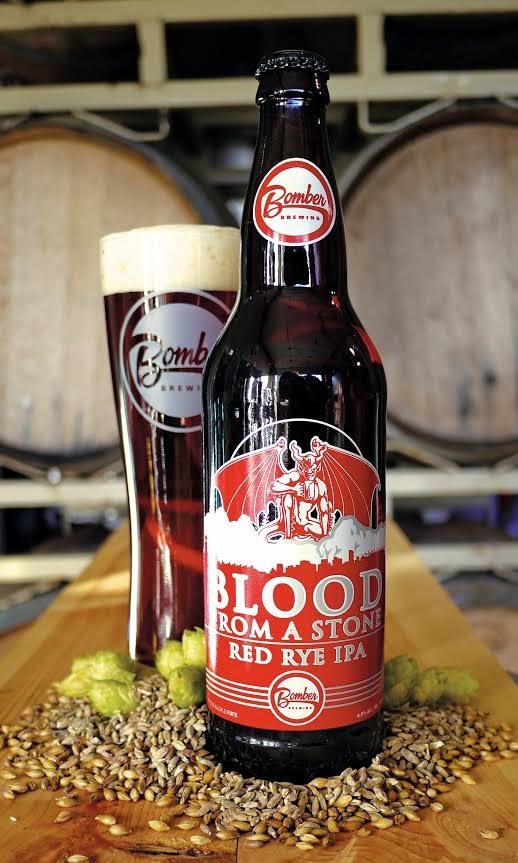 sorry, i was in vegas again this past weekend, so no link love this week instead i bring you more new releases Old Yale Brewing Company blazing new trails in time for their 15th anniversary November 7th, 2014 (Chilliwack, BC) – Based in Chilliwack, BC, Old Yale Brewing Company’s founding brew master, Larry Caza, can be considered one of the pioneers of the Canadian Craft Beer Industry. After 15-years of craft brewing success (including the most recent Canadian Brewing “Beer of Year” win for Sasquatch Stout ), Old Yale Brewing Company is making some exciting announcements about their operation, including: • The launch of two new products • A significant increase in operational capacity and • A new brand platform with striking new packaging creative for all of their products New Products Launching    Old Yale Brewing Company is excited to launch two new products:   The West Coast IPA boasts huge hop flavour with a balanced drinkability. Described as
Post a Comment
Read more

- November 20, 2014
more changes were announced yesterday to bc's liquor laws they're nothing we hadn't already heard was probably coming, but there is an effective date now, confirming that the gov't is keeping with its promise to roll out the changes next spring. april 1, 2015 is the day. april fool's day seems an inauspicious day... hopefully it won't prove to be. click for the full news release , the highlights of which are:   For consumers, April 1, 2015, will mark the first day that grocery stores are allowed to sell liquor through the store-within-a-store model. As well, that same day, restrictions will be lifted on BC Liquor Stores, allowing them to offer refrigeration and to stay open longer hours, including on Sundays. Starting April 1, 2015, all liquor retailers, including BC Liquor Stores, will purchase their product from the BC Liquor Distribution Branch (BCLDB) at a common, wholesale price. This will do away with the existing complex model that offers retaile
Post a Comment
Read more

- November 20, 2014
i was on tv again last evening! talking to andrew chang at cbc about the new changes to the liquor laws in bc if you missed me, you can still check it out here
Post a Comment
Read more

- this thursday, from ninkasi brewing: What: A metal Xmas – featuring the seasonal launch of Ninkasi’s Sleigh’r beer and special guest, “extreme” craft beer expert and award-winning author Adem Tepedelen. Your first chance of the season to enjoy Sleigh’r on draught – one of 100+ beers featured in Tepedelen’s “ Brewtal Truth Guide to Extreme Beers ” – and to purchase a special line-up of beers, as Oregon craft brewery Ninkasi takes over the taps for the evening. While you’re there, pick up a copy of Tepedelen’s book – ‘ a hugely entertaining read’ (The Province) and a great Christmas gift. When: Thursday, November 20, starting at 6 pm Where: Caffe Brixton, 212 E. Georgia St., Vancouver, 604.568.8200 About “The Brewtal Truth Guide to Extreme Beers”: ‘Brewers these days are taking beer to extremes, and Tepedelen is just the writer to introduce drinkers to severe suds.’ – Minneapolis Star Tribune “The Brewtal Truth Guide to Extreme Beers” describes and rates more than
Post a Comment
Read more
More posts