Showing posts from August, 2016
Show all

- August 31, 2016
here are my notes from yesterday's craft beer column on cbc radio one's on the coast with gloria macarenko: The Beer News : If you’re heading to the PNE, don’t forget to stop by the VCBW craft beer fest while you’re there.  Open every day of the fair from 2:00 to 8:00 p.m., they’re serving up taster sizes of beers from various breweries.  Entry is $10 and tasters are $2 each.  Or catch them for happy hour between 2:00 and 3:00 for half-price entry.  Entry is also just $5 if you return with your tasting mug.  There are in and out privileges, so never fear, you can pop out for that second round of mini donuts, no problem! One of the breweries pouring at the craft beer fest right now is Highway 97.  They’re not even open yet, so take advantage of this opportunity for an advance tasting of the Penticton brewery’s beer, and save yourself the long drive as well!  To see all the beers that are pouring, check out @vcbw on twitter. Have you been to Darby’s Gastown yet?
Post a Comment
Read more 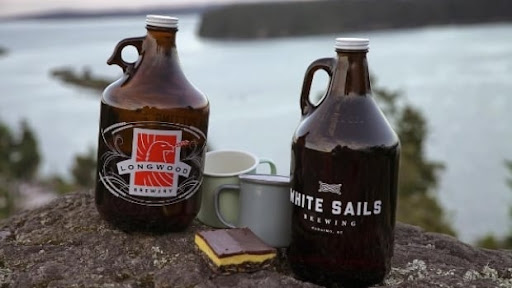 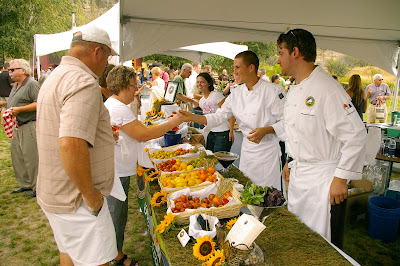 THE METRO VANCOUVER FEAST OF FIELDS BOASTS SOME OF THE BEST OF BC For Immediate Release: Wednesday, August 24, 2016 This year’s Metro Vancouver Feast of Fields will be a true reflection of the incredible harvest of British Columbia. Guests are invited to taste the local creations from over 50 of British Columbia's restaurants, wineries, distilleries and breweries at this gourmet wandering harvest festival.  Picture yourself walking amongst apple trees in the orchard of Fraser Common Farm as you savour Fable restaurant’s barbecued steak with black papper jam, a Glen Valley artichoke remoulade with dill cracker and pickled purslane by West restaurant, or a Terra Breads butter croissant with The Farm House Natural Cheeses fromage frais and nectarine preserve made with nectarines from Parsons Farm. Pair that with cold brew coffee from Salt Spring Coffee, a rich glass of Okanagan wine, or a cold beer from Trading Post Brewing. You finish off by strolling through to Laurica
Post a Comment
Read more

- August 24, 2016
Destination BC and the BC Craft Brewers Guild present:  The BC Ale Trail This autumn, explore British Columbia’s raw wilderness and bounty of craft beer with the BC Ale Trail — the definitive online guide to BC’s dynamic craft beer community. Explore stouts and snow-capped peaks, brown ales and beaches, or bikes and hikes that lead to a tasting room using curated Ale Trails connecting towns, breweries and nearby attractions, yielding unforgettable experiences for craft beer enthusiasts touring the province. With support from seven of BC’s Destination Marketing Organizations (DMOs), the self-guided tours will highlight local brewery destinations and suggested sightseeing in each of the seven participating communities — Comox Valley, Kootenay Rockies, Nanaimo, Port Moody, Sunshine Coast, Victoria and Whistler. Launching in October to coincide with BC Craft Beer Month, the BC Ale Trail will come to life with help from Joe Wiebe, author of the BC bestselling book Craft Beer Revol
Post a Comment
Read more

- August 18, 2016
CBC On the Coast Beer column August 16, 2016 Now that the really hot weather is finally upon us, you might want to spend some time at the two new Tap Shack locations, because they have great beer... and patios!  The Daniel Group, who brought us Tap and Barrel with their three fabulous patios, carry on the group’s “local” mantra by using reclaimed and repurposed locally sourced building materials in the bars, local ingredients in the food, local beer and wine on the taplists and featuring works from local artists.  Check them out under Burrard Bridge at 1012 Beach Avenue and in Coal Harbour at 1199 West Cordova. On August 20 th  Persephone Brewing in Gibsons will hold its Beer Farm Fest!  To celebrate their third anniversary they’re throwing a fundraising beer festival from 5:00 – 10:00 p.m.  Kids are welcome, but your cars are not, so take a shuttle!  There will be live music, as well as live streaming of the Tragically Hip concert on the big screen, a pig roast, farm games
Post a Comment
Read more 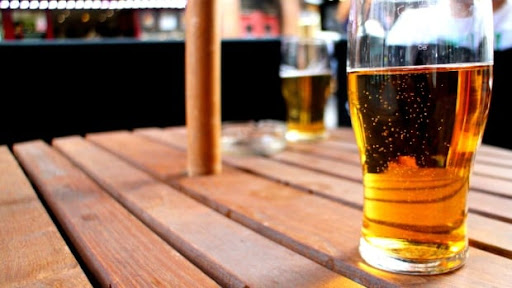 - August 16, 2016
For Immediate Release Vancouver, BC Red Truck Beer welcomes the Vancouver Mural Festival for a Patio Party All ages, free admission show combines with live mural painting of silos On Saturday, August 20th, the Vancouver Mural Festival is taking over East Vancouver for the city’s biggest celebration of public art. By the event’s conclusion, over 35 new murals will have been added to the neighbourhood’s visual landscape. Red Truck Beer Company is pleased to be taking part in the festival by hosting the Red Truck Patio Party , an all-ages celebration of art and music in the parking lot of the brewery at 295 East 1st Avenue. While French street artist and activist Kashink live paints Red Truck’s giant grain silos, up and coming local acts will play a show in the brilliant summer sunshine. One of the most prominent female graffiti artists in world, Kashink has created vivid, memorable pieces across Europe, Asia and North America and she will cover the silos with her distinctive fo
Post a Comment
Read more

RAISE A GLASS TO THE BEST OF BC CRAFT BEER The BC Beer Awards & Festival  Returns to Vancouver October 15, 2016 Suggested Tweet: Raise a glass! @BCBeerAwards return October 15 – Early Bird tickets on sale Aug 16 – Sept 15 #BCBA2016 #YearoftheMild Event Hashtags: #BCBA2016 #YearoftheMild In Short:   Vancouver, BC (June 24, 2016): The 7th Annual BC Beer Awards & Festival is set to return to Vancouver on Saturday, October 15, 2016 from 4 - 9pm at the Croatian Cultural Centre (3250 Commercial Drive). The signature consumer tasting event of BC Craft Beer Month, this festival celebrates the very best in craft brewing from across the province. A one-day only event, it features both the BC Beer Awards ceremony hosted by CBC's Stephen Quinn and a craft beer festival with over 65 breweries and cideries. This year, awards will be presented for 30 categories, up from 20 last year. Awards include CBC People's Choice Award, Richards Buell Sutton LLP Rookie of the Year Aw
Post a Comment
Read more
More posts