Showing posts from August, 2015
Show all

- August 27, 2015
RAISE A GLASS TO THE BEST OF BC CRAFT BEER The BC Beer Awards & Festival October 24, 2015 Early Bird Tickets On Sale August 26 Suggested Tweet: Raise a glass and pucker up! @ BCBeerAwards return Oct 24 . Early Bird tickets on sale Aug 26 #BCBA2015 #YearoftheSour bit.ly/BCBA2015TIX Event Hashtags: #BCBA2015 #YearoftheSour In Short: Vancouver, BC (August 25, 2015): Tickets for the much-anticipated 6th Annual BC Beer Awards & Festival are on sale tomorrow - Wednesday August 26 at 10am - for only $30 (+ tax) exclusively via Ticket Zone BCBeerAwards . The Vancouver-based festival, takes place on Saturday October 24, 2014 from 4 - 9pm at the Croatian Cultural Centre (3250 Commercial Drive). The signature consumer tasting event of BC Craft Beer Month , this festival celebrates the very best in craft brewing from across the province. A one-day only event, it features both the BC Beer Awards ceremony hosted by CBC ’s Stephen Quinn and a craft beer fe
Post a Comment
Read more

- August 24, 2015
bc craft beer quiz from beermebc that beer lid kickstarter i was talking about is now live
Post a Comment
Read more

- August 19, 2015
my notes from yesterday's beer column on cbc radio one's on the coast with guest host, the lovely and talented gloria macarenko: For the beer news today, I’m going to start with a couple of events you should probably get tickets for: BC Beer Awards early bird tickets go on sale August 26 th .  For $30 you can enjoy some of the finest craft beer BC has to offer, as you rub elbows with the brewers and CBC’s own Stephen Quinn who will be back to MC the event. Saturday, October 24, 2014 from 4 - 9pm at the Croatian Cultural Centre (3250 Commercial Drive).   This is one of the most fun evenings of the year, and I strongly suggest you join us to enjoy it!  Tickets available on the website. CRAFT BEER FEST AT THE PNE presented by VCBW August 22, 2015 - September 7, 2015 2-9:30 pm Tickets are $10.00 and a dmission includes a 4oz sampling cup and 2 drink tokens - it’ll cost ya $1.50 for each additional token. The Craft Beer Fest will feature upwards of 20 different lo
Post a Comment
Read more

Super Cooper Anniversary Ale August 17th, 2015: It's our birthday, and we're celebrating with a very special gorilla-sized barrel aged brew! Super Cooper was aged in freshly emptied bourbon barrels for a full year before dry-hopping. Soft malt sweetness and warm oak character from the barrel is paired with the bright kick of American hops.  It's our first Anniversary Ale with an anniversary of its own! Bottles are limited and available at private craft-focused liquor stores for a short time only. We would also like to invite you to celebrate with us at a couple of Super Cooper tasting events: IN VICTORIA: Enjoy a taster and say cheers to another year of beer along with us at the brewery on Wednesday August 19th from 4-6 .  Our friends at Meat and Bread will be on-hand serving up Porchetta sandwiches with a citra hop verde sauce! IN VANCOUVER: We'll be at Bitter Tasting Room on
Post a Comment
Read more

this one ain't a three-hour tour! it's a five day tour!! Design a Beer, Be Part of History, and Explore BC’s Islands On Tugboat Swell : Inaugural Coastal Craft Beer Cruise The 5-night coastal craft beer cruise aboard the classic tugboat Swell, with a who's-who of BC brewing experts, and plenty of beautiful scenery and wildlife, too. Victoria, BC, August 11, 2015 – Be part of beer history and explore the nature and culture of BC’s remoter Gulf Islands on the  Coastal Craft Beer Cruise  Oct 25-30.  It’s been a popular trip for a decade, but this is its first year aboard the roomy tugboat Swell. To celebrate, Maple Leaf Adventures is inviting this October’s guests exclusively to be involved in the design of a craft beer that the company will serve on all of its award-winning trips on Swell. As creators, this year’s guests will get their name on every future bottle. The Coastal Craft Beer Cruise is a 5-day culinary trip that explores the nature, culture and histor
Post a Comment
Read more 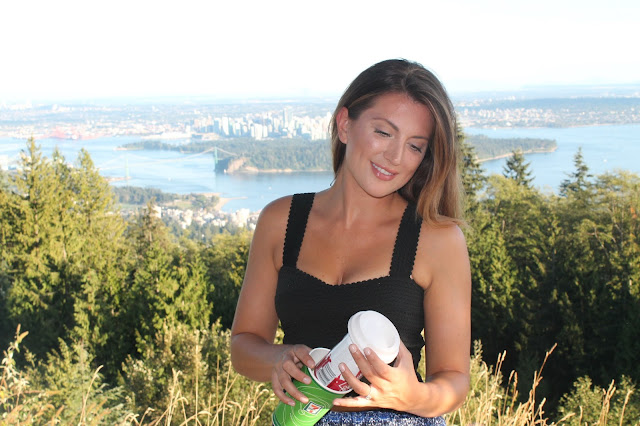 another beer-related kickstarter campaign is on its way i'll have the link once it's live but in the meantime, here's the low-down (and, of course, i would never suggest anyone break any laws): Lolo lids is the new way to hide your drink while keeping it cool from the sun.  Simply snap your beer or can of choice into the bottom of the lid and pop it into your coffee cup.  Lolo lids fits almost all to go cups including Starbucks, 7-eleven or Van Huet to name a few.  The can inside is suspended from the lid so it forms an air barrier that keeps your drink colder longer than a traditional beer cozy.  Lolo also features an ergonomically designed lid thats nicer to drink out than a can and the extra breather hole keeps it flowing smooth. The perfect thing about a Lolo lid is when you’re done with it, simply recycle your can and cup, and throw the lid in your pocket for next time. I love when I’m travelling and I can drink on the streets, parks, and on the beach.
Post a Comment
Read more

ugh, i got felled by that horrible summer cold that's going around a whole week i've been stumbling around like a zombie it's just not fair! anyway, i'm mostly human again and very much looking forward to drinking some beer! in the meantime, dead frog has a new beer out: Dead Frog Brewery Releases One-Eyed Jack Imperial Pilsner Aldergrove, BC — Dead Frog Brewery is pleased to announce the release of its new One-Eyed Jack Imperial Pilsner. Unlike regular Pilsners, One-Eyed Jack ups the ante with rich maltiness, soft bitterness, citrus, and spiciness. Crisp, complex, and well-rounded, you'll want to go all in with this action card. Steve Black, Dead Frog's head brewer, said, "With the popularity of imperial beers, I liked the idea of coming up with a Pilsner version. Given how people usually drink Pilsners, there's an irony in that you'll only have one or two and then you're satisfied." This 8% ABV, 30 IBU lager is brewed
Post a Comment
Read more

- August 06, 2015
can no one just provide a straight-forward, simple answer to a direct question any more? look how frustrated i am, i'm talking in huge generalities! i have been trying for the past couple of days to find out if vancouver breweries and distilleries can just up and start selling each others' products with no further ado. do you suppose the city or the province could tell me? nope. my tweet to @CityofVancouver August 3rd: "Do local breweries & distilleries need to do anything before they start selling each others' drinks under the new BC law?" tweet from @CityofVancouver August 4th: "Morning! I would suggest contacting the LCLB in regards to the Liquor Control and Licensing Act [link to Liquor Control and Licensing Branch page at gov.bc.ca website]" my tweet to @CityofVancouver August 4th: "Thanks but I need to know if the City will allow breweries to sell hard liquor, and distilleries to sell beer, wine & cider" tweet f
Post a Comment
Read more

- August 05, 2015
here are my notes from yesterday's beer column on cbc radio one's on the coast with stephen quinn: The Beer News: I hope everyone got to celebrate Vancouver’s “Patio Day” yesterday.  The Mayor and council made it possible for restaurants to place temporary patios on the sidewalk or business parking stalls.  19 businesses took advantage, including 12 Kings Pub. Tap & Barrel has a new location in North Vancouver.  Called Tap & Barrel Shipyards, it is Western Canada’s largest restaurant at 14,000 square feet.  It is located in a 100 year old building, using reclaimed and regional materials in keeping with Tap & Barrel’s commitment to sustainability and keeping it local.  It also has a lending library, so feel free to drop of a book or two, and to borrow one while you’re there.  Good news for patio lovers, the custom designed aluminum trays that hold tasting glasses are chilled so that you beer will stay cold longer in the hot weather.  Located at 8 Lonsdale
Post a Comment
Read more

- August 03, 2015
happy civil holiday monday! add tasmania to your beercation list a-b is trying to buy all the craft breweries good thing most of our favourites are saying no american 2014 craft beer stats send the liberals your commitment to craft beer and ask them to take back their price increase!
Post a Comment
Read more
More posts