Showing posts from November, 2016
Show all

Join us on Friday, November 18, as we will be kicking of the nearing winter season with our Hot Chocolate Porter For Immediate Release  Thursday, November 17, 2016 As the days get shorter and a noticeable bite enters the air, our minds turn to those comforts that get us through this long Canadian winter.
Post a Comment
Read more
- November 15, 2016

Enter code "GibbonsFriends" and save 10% Brewed: The BC Craft Brewers Guild Winter Beer Festival will give beer lovers the opportunity to kickstart the holiday drinking season with some wintery Whistler good times. Tickets for attendees include a souvenir glass and five tokens, additional tokens are $1.50 each.
Post a Comment
Read more 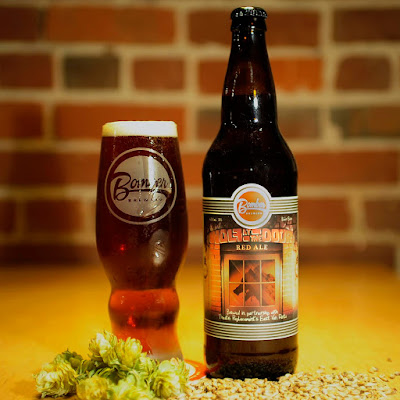 BOMBER BREWING'S WOLF HAS BIG FLAVOUR BUT NO BITE WOLF AT THE DOOR Red Ale : Bomber Brewing is very pleased to again be partnering with the Cultch as they present Theatre Replacement's Little Red Riding Hood: An East Van Panto. Late additions of Enigma and Citra hops add big, bold hop flavour and aroma with none of the expected bitterness that usually follows. Our liberal use of Cara Red malt gives Wolf at the Door a scary red hue, but don't let the colour intimidate you; this well balanced, malt-forward, easy drinking red ale is really a gentle and friendly Granny in Wolf's clothing. *A portion of all Wolf at the Door sales will go to support more outstanding East Van productions. A promotional code on every bottle allows theatre goers to receive a discount on panto tickets. About Wolf at the Door: Appearance: Warm red tones, full ivory head
Post a Comment
Read more