Showing posts from July, 2017
Show all

- July 26, 2017
For Immediate Release July 26 th , 2017. Vancouver, BC Lee Fields & The Expressions to headline Truck Stop Concert Series #3 on August 12th Legendary soul singer to headline last show of the year at Red Truck Beer Now in its third year, the Truck Stop Concert Series has become a highlight of Vancouver’s summer, and with a full sellout so far this year, it’s clear that Vancouverites love the combination of great live music and delicious craft beer at the Red Truck Brewing Truck Stop. After June’s indie dance show and July’s country lineup, August’s event will be one for the soul, blues, and rock fans. The August 12 th show will be headlined by the legendary Lee Fields & The Expressions , one of the last original soul men still standing. He’ll be supported by great list of acts including Juno Blues nominee, Harpoonist & the Axe Murderer , The Jay Vons , Vince Vaccaro , Real Ponchos , and Year of the Wolf , who won their way onto the bill through the Red
Post a Comment
Read more 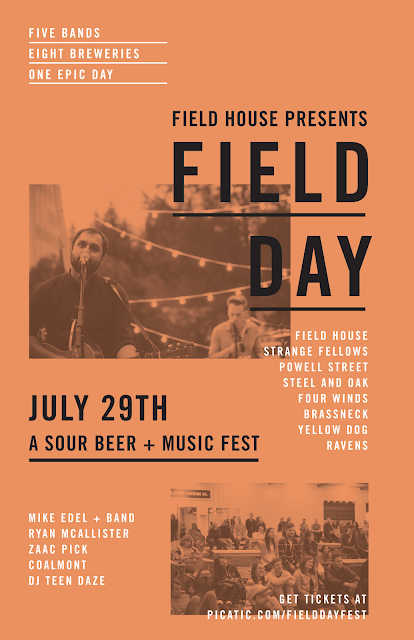 from Field House Brewing: Hey Beer Friends! We wanted to let you in on a wicked event we are having NEXT WEEKEND, July 29th on the Field House front lawn. FIELD DAY: A SOUR BEER + MUSIC FEST This isn’t your big-time, conference centre, name-tag wearing, beer festival. This is a small group of lively, passionate breweries getting together on the Field House front yard to share some mouth-watering sour beers with our community, while a rotation of talented local bands hit the stage in the open air! We would love if you could come! We did a version of this last year, and it was a really good time with people lounging on the lawn under the lights, beers in hand, hanging with their friends and taking in the local live music!  PLUS, we now have a kitchen, so some mouth-watering tacos and other #danggoodeats will be available!
Post a Comment
Read more

- July 19, 2017
From On the Coast on Tuesday: Just when you think you’ve got a handle on craft beer, another brewery opens up, another style becomes popular or a new trend pops up.  Mariner Brewing is poised to open on the Barnet Highway in Coquitlam in August.  I understand it will have a 50 person tasting room and a steam-powered brewery.  So watch social media for the opening announcement! One potential new trend is hop powder.  I’m not hearing a lot about it in Vancouver yet, but there are some breweries in the US who are experimenting with it, including Georgetown Brewing in Seattle. Hop powder is pretty much what it sounds like – it is a powdered form of hops.  The powder is an essential oil-rich concentrate made by extracting resin glands from the hops at very cold temperatures in a nitrogen atmosphere to preserve the quality of the oils.  The resulting powder contains twice the percentage of alpha acids – which is what bitters beer - as the original hops or the pellets they
Post a Comment
Read more 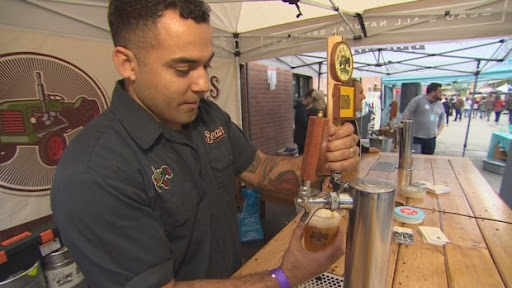