Planning the perfect craft
brewery exploration in B.C.
this summer 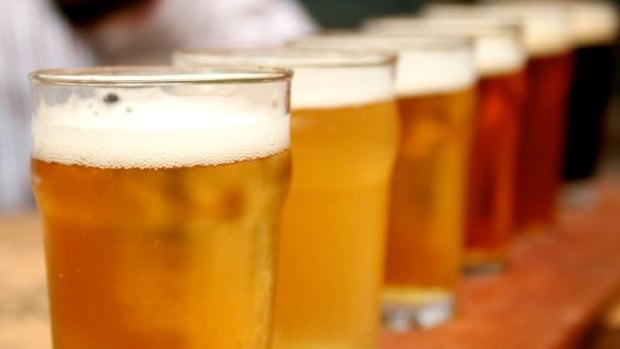 Include a craft brewery tour in your holiday plans this summer, says On The Coast's beer columnist. (CBC)

Summer is here and, with it, comes holiday plans and road trips.
Whether as an excuse to travel or simply a quick refreshment stop along the way, On The Coast's beer columnist Rebecca Whyman says touring B.C.'s craft breweries is a must this summer.
"If you like beer, even a little, it is really easy to include brewery stops on your vacation or to use visiting breweries as an excuse to take a vacation," she said.
Whyman recommended the online B.C. Ale Trail to plan a trip, using the sample itineraries to make self-guided tours around the province. A beer tour is much more than just drinking, she said, because it gives a more rounded exposure to the whole industry.
"You get to meet the people who make the beer. You get to see where the beers are made. You get to soak up the unique ambiance of the tasting room, all things you just can't get any other way," Whyman said.
And, she added, it's a way to taste beers that don't always make it to liquor stores or pubs.

Whyman's picks for this week come from stops along the B.C. Ale Trail that are available in the Lower Mainland.
Nelson Brewing Company's Happy Camper Summer Ale
This is an organic, light pale ale with a tropical aroma and crisp malty body. Dry-hopped with Rakua hops from New Zealand, for tropical notes of peach, pineapple and mango. At 4.2 per cent, it is a great way to refresh yourself in the hot weather. Available in six packs of cans at provincial and specialty liquor stores.
Nanaimo's Longwood Steam Punk Dunkelweizen
This is a dark wheat ale, but don't be scared to have it in the hot weather  it is light bodied and crisp! Made with 35 per cent Canadian wheat, which combines with their house ale yeast for a fruity and clean palate. Five per cent.  Available in tall cans at provincial liquor stores.
Penticton's Bad Tattoo Los Muertos Cerveza Negra
It is a silver medal winner at the Canadian Brewing Awards. It is a dark lager made with a mix of Pilsner, crystal and Munich malts. Reminiscent of a German Bock, but with a Mexican twist. Crisp and refreshing. Five per cent. Available in six packs of bottles at provincial liquor stores.
With files from On The Coast.
bc ale trail beer beer travelling beercation brewery cbc website craft brewed on the coast rebecca whyman tasting room