Showing posts from March, 2017
Show all

- March 29, 2017
my notes from yesterday's beer column on cbc radio one's on the coast with stephen quinn: I'm feeling optimistic enough about the arrival of Spring to talk about Spring beers. I think we can all agree that it is nice to get out of the dark days of winter and celebrate with a beer that looks lighter in the glass than a stout. Of all the seasons of the year though, Spring has the fewest beer styles associated with it.  Traditionally, and when I say traditionally, I mean in the Olde Worlde of beer (aka Germany and Belgium) – traditionally a bock was the beer style that indicated spring had arrived. Bocks are strong lagers from Germany.  You know it’s a bock if there’s a goat on the label.  The beer style is said to have originated in Einbeck, and then when it was adopted by Munich brewers in the 17 th century, it was often mispronounced as Ein Bock, which means a billy goat.  So the beers became known as Bocks and often the label goes for the pun with a photo o
Post a Comment
Read more

- March 28, 2017
For Immediate Release March 28th, 2017. Vancouver, BC   The Railway Stage & Beer Café to open with exclusive free admission show by The Zolas New live music and comedy schedule to launch after opening on April 5th The Railway Stage & Beer Café is thrilled to announce its grand opening on Wednesday, April 5th, headlined by The Zolas. This special free admission event will mark the rebirth of this legendary Vancouver venue and offer a chance to see The Zolas, 2017 Juno nominee, in an intimate club setting the night before their sold-out show at The Vogue Theatre. Over the past weeks, work has been going on at full speed in preparation for the opening: With the final details for the room, programming, and menus coming together, The Railway will open its doors and return to life as a downtown destination for live music and comedy, and local craft beer. The Railway Stage will be a key element of the room and, under the direction of local music impresario Thomas Anselmi ,
Post a Comment
Read more
- March 27, 2017

As a fan of Red Truck Beer, we wanted to give you the opportunity to test drive your taste buds. On Wednesday, April 5, at 7:00 PM, Seasons in the Park (West 33rd Ave, Queen Elizabeth Park, Vancouver) will allow you to do just that with their latest Brewmasters dinner collaboration. Indulge in a Chef-crafted five-course dinner menu paired with our classic and seasonal Red Truck offerings, with each course designed to cut or complement our delicious brew – all while you take in some of Vancouver’s most spectacular scenery. Tickets for the Brewmasters dinner are only $70 plus tax and they are going fast.  Get your tickets before they are gone!
Post a Comment
Read more 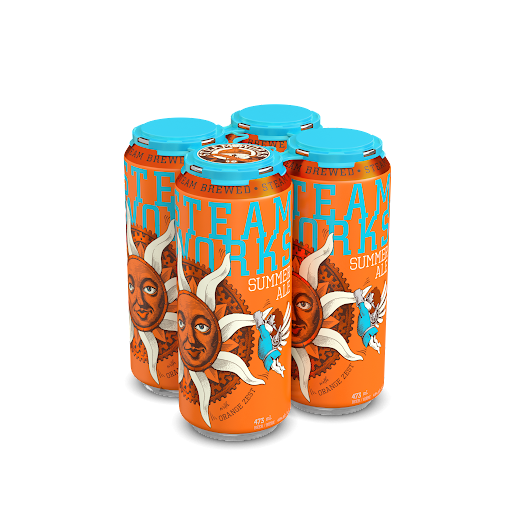 About Steamworks Brewing Company:  Named after the steam that flows through and powers its Burnaby brewery & flagship brewpub in Gastown, Steamworks proudly brews distinct, flavourful and award-winning craft beers.  STEAMWORKS LAUNCHES NEW SUMMER ALE March 21st, 2017 (Burnaby, BC) Canadians may still be waiting for Spring but Steamworks is getting fired up for
Post a Comment
Read more

Celebrate Craft Beer & Cider in Penticton at Okanagan Beer Week ™ April 3 - 9, 2017 For Immediate Release – March 14th, 2017 Penticton, BC Join 5000+ craft enthusiasts and 65 craft beer & cideries at the 22 nd Annual Okanagan Fest of Ale ™ , April 7 & 8, 2017 and taste your way through town at one, or more, of the craft themed events taking place during Okanagan Beer Week ™ April 3 rd – 9 th, 2017 in Penticton. In addition to the 2-day Consumer Tasting organizers of the 2017 Okanagan Fest of Ale are excited to be showcasing craft themed events throughout the week leading up to this years Okanagan Fest of Ale as a part of Okanagan Beer Week™.  Participating restaurants include Craft Corner Kitchen, Brodo, and The Pasta Factory each of which will be offering a unique craft themed dinner featuring local craft brews.  “With 7 craft breweries and a dozen craft cideries throughout the region, Penticton has quickly become a destination for craft beer and ci
Post a Comment
Read more

Pucker up and play the sour note! Sour Raspberry Brown Ale - 6.8% - 650mL March 6th, 2017 - Pucker up and play the sour note! The first ever release from our Sour Note series takes an encore this week. This tasty sour is born as a medium bodied brown ale and fermented with a saison yeast. Following this, it is infused with raspberries and augmented with a lively Lactobacillus bacteria, the magical secret to sour. Like all of our special sour note releases, this brew features our own 'lacto' s
Post a Comment
Read more

- March 04, 2017
VANCOUVER ISLAND BREWING LAUNCH SEES FOUR BRAND NEW BEERS AND THREE OF THE CLASSICS REINVENTED  For Immediate Release March 3rd, 2017 Vancouver – Following a successful (re)launch in both Victoria and Vancouver, Vancouver Island Brewing (VI Brewing) is ready to showcase its incredible new lineup to the public. The unveiling saw a twist on three of their classic beers as well as a preview of four exclusive new ones. This new stellar beer lineup consists of a Citrus Session, an IPA, a Mexican-style Cerveza and a Lager. Sombrio Citrus Session · A beer with noticeable hop content, and tons of bright flavour thanks to the proprietary blend of citrus zests added to each batch. The tastes of lemon, lime, and tangerine dominate this highly sessionable ale. 19 IPA · A full-flavored beer with a silky malt backbone and a bright hop profile of tropical fruit, and citrus - it packs all the taste of an IPA with much more friendly alcohol content. Juan De Fuca Cerv
Post a Comment
Read more 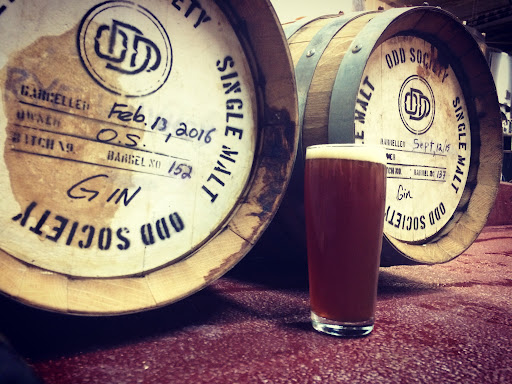