- July 18, 2012
last night's central city white tea and orange peel ale cask at the railway club was fabulous!
i wasn't getting the usual bitterness of orange peel, but it was definitely citrusy
and the white tea gave it a fuller flavour spectrum than just malts and hops
there was a whole lot going on in that beer
yup, it was a winner! 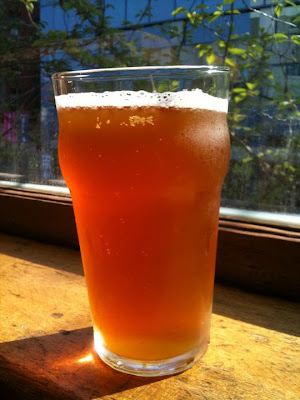 last thursday's cask at the yaletown was their nagila pale ale dry-hopped with spalt
it was very drinkable
i couldn't get over the colour of it though - so yellow!
i was assured by both iain and nick that it was the same colour as the regular nagila pale ale, but i remain sceptical (of course i could have ordered a pale ale and done colour comparison, but i had other beers to try, you know!)

the seasonal at the yaletown is currently the raspberry wheat
i am not the biggest wheat ale fan... but i love this one
so fruity and pink and deliciously refreshing! 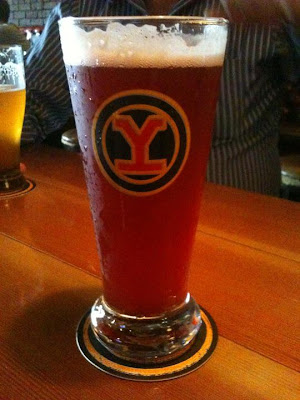 and last, but certainly not least, iain got all citra hoppy in the brick and beam ipa!
its amazing right now!
definitely a westcoast ipa - so hoppy and citrusy
there better be some left for me to have tomorrow...
oh, note to self, bring the growler for that one!
cask central city brewing citra hops citrus dry-hopped growler india pale ale ipa nagila pale ale railway club raspberry spalt vancouver wheat ale yaletown brew pub