- May 04, 2012
i went to see evil dead the musical at the waterfront theatre last night
what does this have to do with beer?
well, they do sell beer at the waterfront theatre you know!
not good beer, but its beer
i had a granville island brockton oval ipa at intermission
this poor beer barely deserves the right to call itself an ipa
since they got taken over by mega bland brewers, all the gi beers have gone downhill
but since i never really liked any of the other ones i'm most upset by the brockton oval's demise
(don't get me wrong, their specialty brews out of the granville island plant are still good beers, its just their regular offerings brewed elsewhere that have suffered from macro-izing) 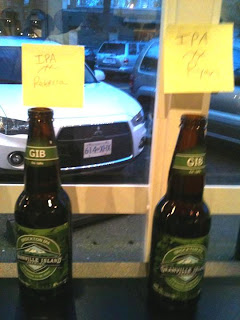 anyway...
back to the evil dead musical!
i love me a musical
especially when people dress up for the event
not in their finery, i mean in costume! 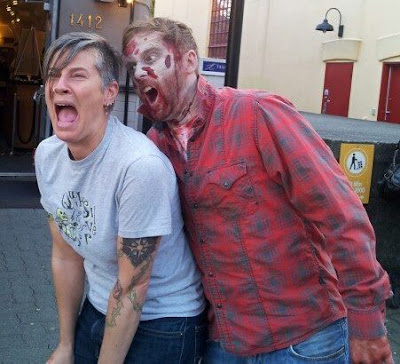 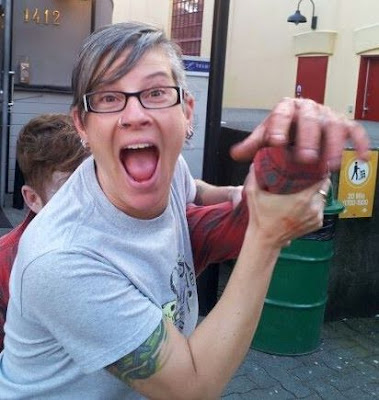 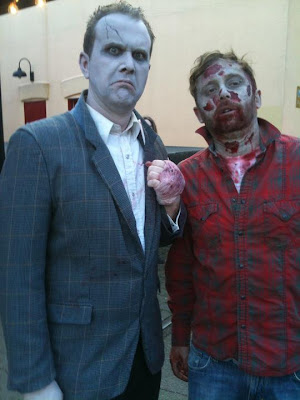 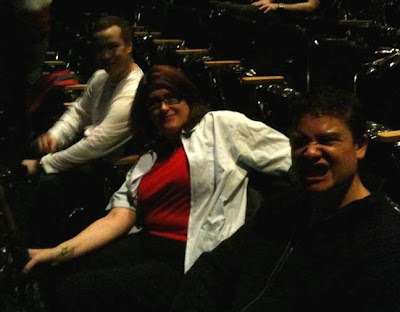 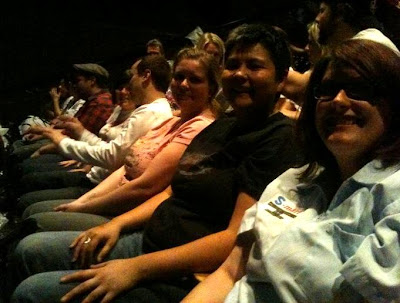 we got quite bloodied, but i have no photographic evidence of that...
hopefully someone else got it!
beer brockton oval bruce campbell costume evil dead granville island brewing india pale ale ipa musical