- November 04, 2010
flying dog!
snake dog india pale ale
pours up with a great head, hazy and very carbonated
very bitter on the first sip
nose is more malty than hoppy
there's something in there that i can't put my tastebuds on
i prefer the classic pale ale
somehow it is truer to a northwest ipa to me 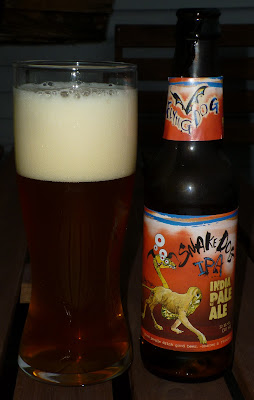 the bottle says:  "tired of those annoying 3am hang-ups from your crazy, stalking ex?  turns out the same qualities that make your ex so damned annoying make our snake dog ipa so attractive.  chock full of bitterness, bite and attitude, it slaps you in the face with flavor.  just like your psycho ex did at the bar last weekend."

nice to know that my ex isn't the only annoying one
least mine's not actually psycho... 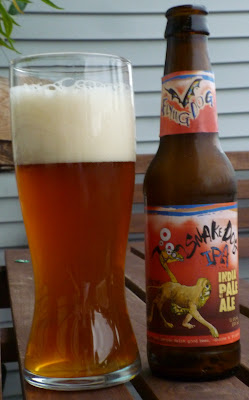 i like it
i'm just not willing to have its babies
which is probably fortunate since i think they'd be quite odd looking...
i mean, have you seen the snake dog?

the website says:  "More cunning than a snake in the bush... Snake Dog India Pale Ale is a Colorado-style IPA, power hopped with specialty hops from the Pacific Northwest. This is the brewery's hop monster, and the citrus fruit aroma will hypnotize the senses of the most hardcore craft beer drinkers."