- November 20, 2010
i am a huge clash fan
so when i heard upright brewing was doing an ode to the clash in beer form i just about peed my pants i was so happy
its been on my "beers i wanna drink" wish list for a while now
then it arrived at the alibi room
too cheap to pay the $22 for a bottle right then and there, i got my insider beer buddy to find out where i could buy myself a bottle retail
turns out they carry it at brewery creek
so i got me one for the lower price of $12
which for 1 pint, 9.4 fluid ounces seems like a good deal! 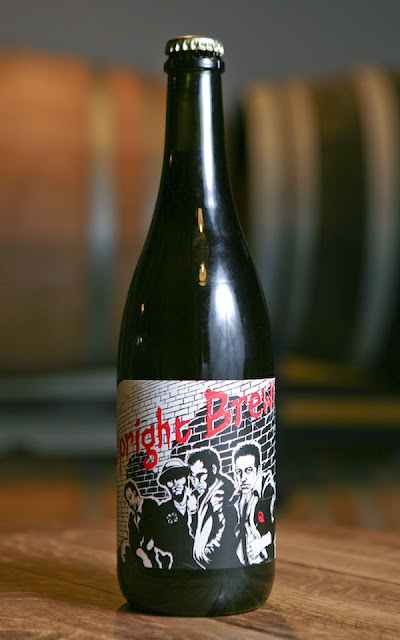 okay, so nowhere does it actually say its an ode to the clash, or even to punk rock in general, but i'm going to say that it is and go with it, because that makes me happy
and i like to be happy
it works for me

can i just say its got way toooooo much head?
frothy frothy head
that pours inches tall for each cm of beer i managed to get into my glass
its been a long several minutes and i'm still waiting for the head to go down enough to get to the beer without wearing an entire face worth's of froth
and its pale
even for a pilsner, its a pale creature
like a true punk rocker, it appears never to see the sun
quite hazy too

first sip is hoppy
and pilsner malty
and the uber carbonation is tickling my tongue
it is crisp though
are they sure its a pilsner?
seems to have a belgiany yeast going on
not so strongly that i hate it, but enough that i'm disconcerted
i wanted to love this beer...
i like it, and i'll happily have my second glass
but i'm not sure i'll buy it again 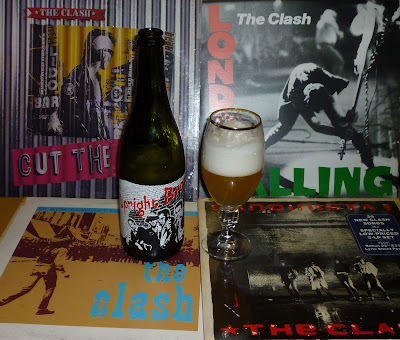 not loving it more the further down the bottle i get
too bad, so sad
but clash, i love you still!