- November 14, 2010
okay, so i'm just gonna admit it right from the top of the post
i got pretty darned drunk at beernesday this past week
not that i don't usually get somewhat drunk, but this was a bit beyond the norm
people were doing beer shots from the divet of my clavicle... it was one of those kinda nights

so, my tasting notes are even worse than usual
but let me give you what little i can!

began and ended with a pint of the rogue dry hopped st. rogue red:  5.2% named the world's best pale ale at the world beer awards.  reddish copper in colour, a roasty malty flavor, with a hoppy-spruce finish.
i love this beer!
it makes me happy - must be all them hops
i can see why its the world's best ale
its a maltier darker ipa... divine, simply divine 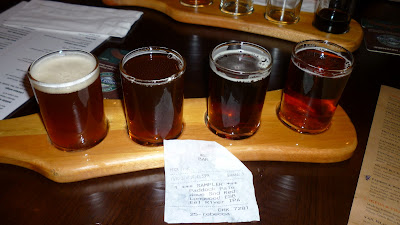 my sampler was supposed to be an ode to hops in various styles
but it ended up being rather disappointing...
paddock wood 606 pale ale:  5.4%  featuring a blend of cascade, amarillo and willamette hops on top of a solid malt base.  the finish is balanced with rich, aromatic hop profile
eel river brewing organic india pale ale:  7%  brewed with the finest organic malts and hops, this ipa features a bright-minted copper color and a crisp, yet smooth hop bitterness
longwood brewpub extra special bitter:  6%  a deep copper coloured, malty ale, moderately hopped
howe sound boomer's canadian red ale:  5%  a strong, malty red ale with aromatic cascade hop nose

i loved the paddock pale ale - great hop balance and lovely flavour.  my favourite of the sampler.. a pale ale over an esb and an ipa?  who'd a thunk it?  but why not, all my favourite hops were well represented and made themselves known.  i'd drink this beer again, and often!
the eel river?  my notes read "i hope to fuck this beer has gone off cuz its fucking awful".  so there you have it.
the longwood esb was very malty.  definitely very light on the hops.  "not that bad, but really not the esbs i've fallen in love with.  just too malty for me".  so if you're buying, i won't turn it down, but i'm not gonna buy it for myself!
the howe sound promised me aromatic cascade hops.  i didn't find them.  which i found disappointing. boo hoo hoo.

katy tried the lost coast great white:  "drinkable but not so hoppy.  not my favourite.  on a hot summer day i would love it"
and the vancouver island hermann's dark lager:  "dark and creamy and warmy"

i tried a sip of the cannery blackberry porter - and found it fruity as hell without being sweet, so i'm a fan!

as for bottles, i sampled the moylans hopsickle triple hoppy imperial ipa: 9.2%  this is a "hop" tribute, worthy of a king's imperial court!  enjoy the blast of fresh tomahawk, cascade and centennial hops as they stimulate the taste buds in a truly imperial fashion.  pucker up!
fabulous - delicious - wonderfully hoppy!
but i wanna know, is it the tomahawk hops or just that there are three times as much hops in general that is giving it that extra boost of hops flavour over the regular three c's? 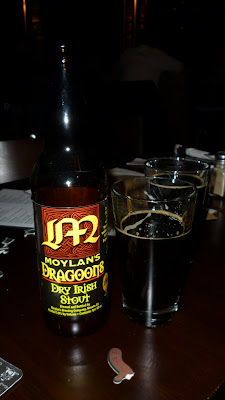 moylans dragoons dry irish stout:  8%  dry, roasty and incredibly rich in flavour.  dragoons dry irish stout is made with a unique blend of imported hops and malted barley from the uk.  this award winning stout is brewed in the irish tradition to commemorate gen. stephen moylan, irish-born commander of the 4th continental dragoons during the american revolutionary war
appropriate drink for the night before remembrance day??
yes very dry and roasty and flavourful
delicious little stout! 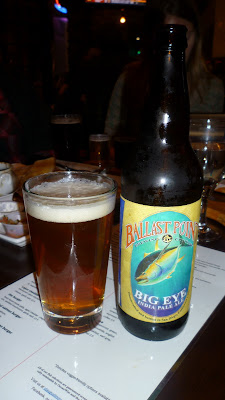