- March 31, 2011
talk about a blast from the past
here's what i can remember from the rogue kitchen & wetbar beer pairing dinner with central city brewery
way, way, way back on january 18th 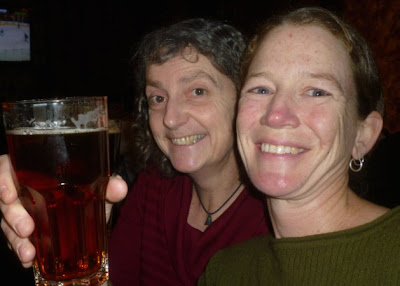 when going to a central city dinner, you gotta warm up the taste buds with the red racer ipa! 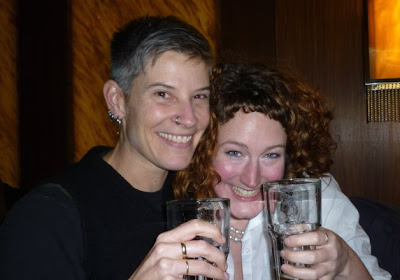 the hops in the ipa act as an aperitif to get the stomach juices going, which is why an ipa pairs so well with the heavy duck
gary is all about hopping as an art
he adds the hops in the last 30 minutes of the boil for flavour and aroma
he uses hops out of yakima washington

the thor's hammer is made once a year
this year's came out in february so it was still very young when we drank it in january
it is bottle conditioned and as such can age up to ten years
it is a 10.5% beer, making it a great dessert beer
stressy yeast produces esters which give the flavours like fig and walnut to the beer

what i remember about the food is that i loved all the fish dishes!
having a mouthful of the smoked trout with beet, almond, arugula and raspberry all together was particularly good for the soul
and even though i found out later the barley risotto had a chicken stock base and therefore should not have been fed to the pescatarian, it was delicious - i highly recommend substituting barley for rice next time you whip up a risotto
my friends who had the duck suggested that it was actually not a good pairing for the ipa
too rich and heavy
they thought beef would have paired better
overall though, as usual, the chef cory chapman did himself proud!
central city brewing food pairing red racer rogue kitchen and wetbar thor's hammer barley wine