- March 27, 2011
oh happiness is drinking a fabulous beer!
with a fabulous friend!

in honour of tasha's birthday we cracked not one, but two big ole bottles of dogfish head's squall ipa
this is not just any bottle of beer you know
its a premium bottle that costs more than the dinner we went out for afterwards
and according to dogfish head themselves, its hard to find
but its worth every penny and an immense joy when it can be found! 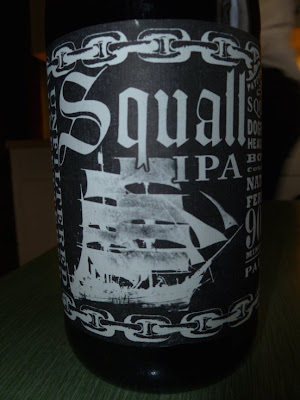 pours up rather clear for a bottle conditioned beer, with a lovely head
its a 90 minute ipa that is also dry-hopped after the boil
dogfish head is out of delaware, so i wasn't expecting northwestern hops
(even though there are cascades in there)
but it still always takes me a little aback when they're not there! 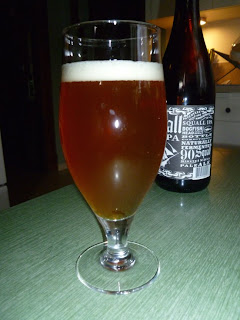 
agressively hopped but still pretty darned balanced
definitely very drinkable and at 9% that might just get me in a little trouble if i'm not careful!
the price tag will keep me from drinking too much of it too often though
not sure how much you can find it for elsewhere, but in the vancouver specialty shops its $23 a bottle