- June 19, 2012
its true!
stop the presses!
we finally bottled our first batch of homebrew!

after doing almost everything either wrong or the hard way, our brew turned out quite well
a little bottle conditioning and it should be very drinkable
thank the beer gods!
we're calling it "ass penny stout" after the story matt told us when we put pennies into the boil to prevent boil-overs, and the fact that we just kept pulling stuff out of our asses to make this brew actually happen

its a pretty brew - dark as night


it took us all day saturday, but we got the bottles sterilized and sanitized, the bung out of the carboy, the dextrose into the beer and the beer from carboy into bottles and capped 'em. 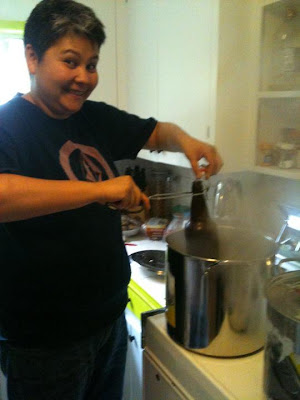 cleanliness is next to godliness in beer-making
bridget puts a bottle in the pot to boil the bejesus out of it! 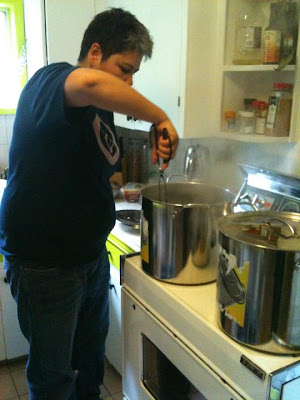 checking to make sure the bejesus has in fact been boiled out! 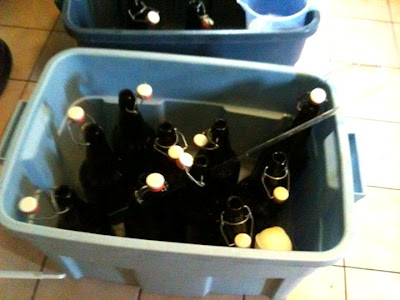 me, i was in charge of putting the sterilized bottles in sanitizer and pulling the labels off 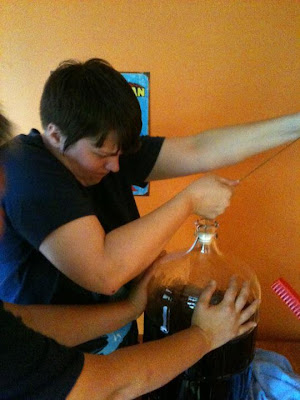 jackie's job was to take over from the rest of us in the "how to get the bung out of the carboy" department
we tried crochet hooks, praying and a butter knife
jackie began with a coat hanger 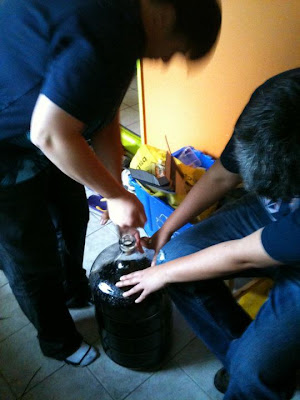 that didn't work so she moved the carboy to the ground for leverage and used a pick tool that was just lying around with bridget's 800 screwdrivers
and it worked!
with the right tool a three week problem was solved in three seconds
we don't just love jackie for her good looks! 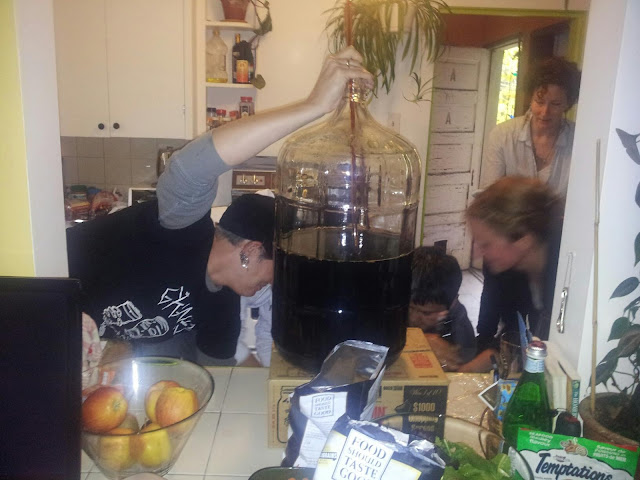 then it took an army of us to get a good siphon going
and get the dark as night beer into the darned bottles
assembly line of me on racking cane, lara on tube, bridget and jen on bottles and tasha on capping
only sprayed part of the kitchen with beer, only lost about a litre of the beer
and had a lotta laughs
("pull out, lara!  pull out!")

how else do you celebrate finally bottling your troublesome brew?
with a northcoast grand cru of course
the champagne beer! 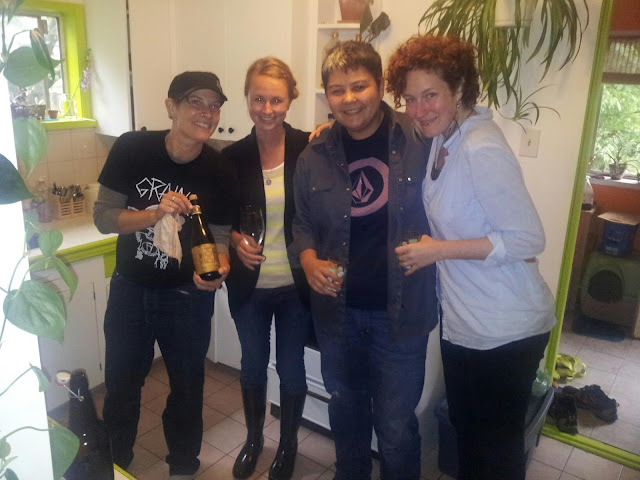 and how to you reward the rest of the crew for helping out when they thought they were just coming over for a bbq?
with a huge bottle of anchor's christmas beer of course
(especially delicious in vancouver in juneuary) 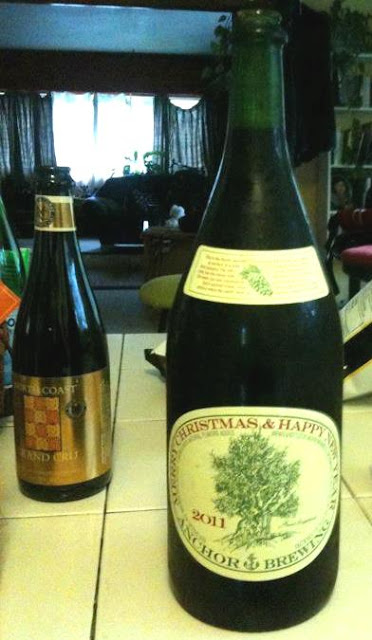