- June 26, 2012
i had a lovely weekend in seattle
a weekend is never long enough
so there wasn't a whole lot of beer tourism on my part
but i got in as much as i could!

saturday:
pike brewing:
i was looking for breakfast at 11:00
but they just have a lunch and dinner menu
so i made do with a pretzel and xxxxx stout mustard, with a cup of their crab chowder
which were quite delightful - yay oyster crackers!
(deschutes' pretzel is better though...) 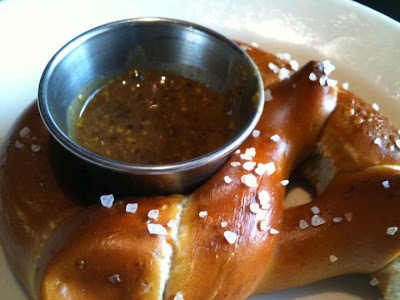 i started with the seasonal space needle ipa
pike beat out the competition to win the rights to brew the beer for the space needle's 50th anniversary
dry-hopped to heck, it features centennial, cascade, columbus, chinook and summit 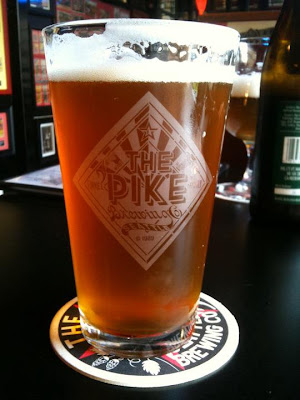 shockingly enough for seattle the sun disappeared and it started to torentially downpour
what else to do but stay and have a few more beers??

next up, the imperial ipa
which at 8% is served in a 12oz pour 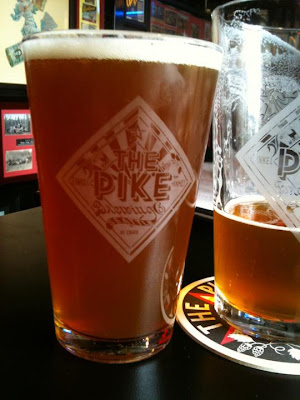 i then went backwards and had the regular ipa
i would love to tell you more about it
but frankly i was feeling my beers by that point and had kinda wrecked my palate
so let's just go with i was a happy camper! 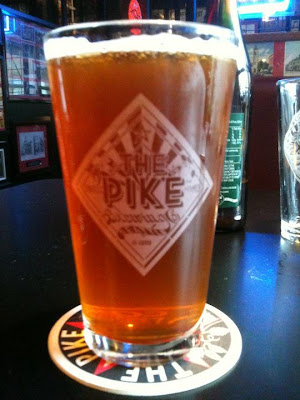 meanwhile, back at the ranch, jack was drinking a gluten-free beer
poor sucker...
it was a tripel, so i just had me a little sip
you know what?  it wasn't half bad - for a belgian! 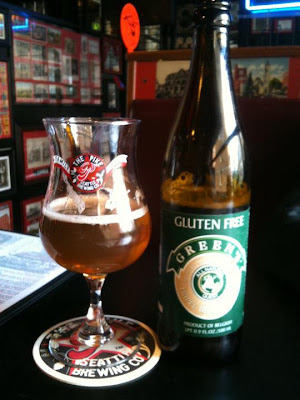 pike brewing is not somewhere i would suggest going if you're prone to headaches
there is just so much going on there
every surface is covered in beer-related paraphenalia
and it can get quite loud when its busy
(not to mention annoying children kicking their table legs...) 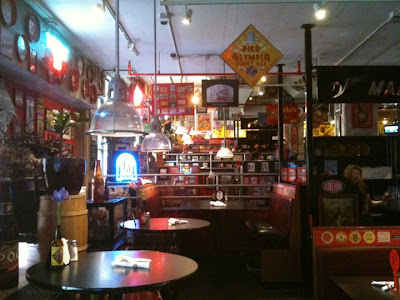 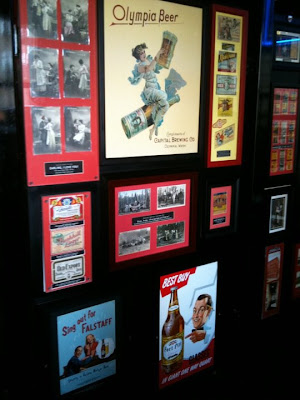