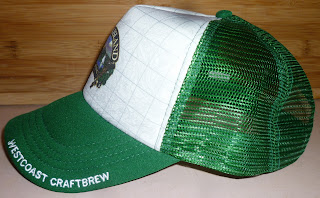 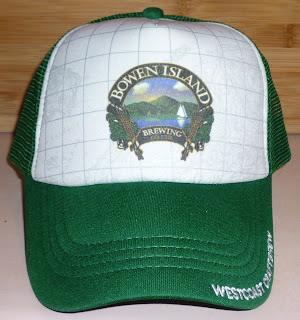 i love me a trucker hat!

i love that the 12 pack features five different beers - great to have on hand in the beer fridge for when people stop by (not everyone loves an ipa you know!)
if i were to choose the break down of the 12 pack though, i'd weight it more toward my preferred beers, the ipa and the extra pale ale
oh, if only i were in charge!

as for the ipa... its not bad
not a typical west coast ipa though, and those seem to be my total favourites
still, quite a drinkable little number
5.5% 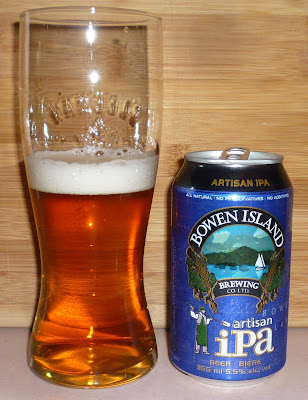 bowen island is currently re-working their website, so there's nothing on there yet about the ipa.
artisan ipa bowen island brewing